EN.DELFI
aA
During the nine months of this year, air traffic controllers handled 204.2 thousand flights in the Lithuanian airspace, i.e. by 10 per cent more flights, compared to the same period last year. Overflights accounted for three fourths (155 thousand) of the total number of flights. Compared to the same period last year, the number of overflights increased by 9.7 per cent. Taking into account the considerable growth of flight number, Oro Navigacija is considering measures for enhancing the airspace capacity, a press release from the state enterprise states. 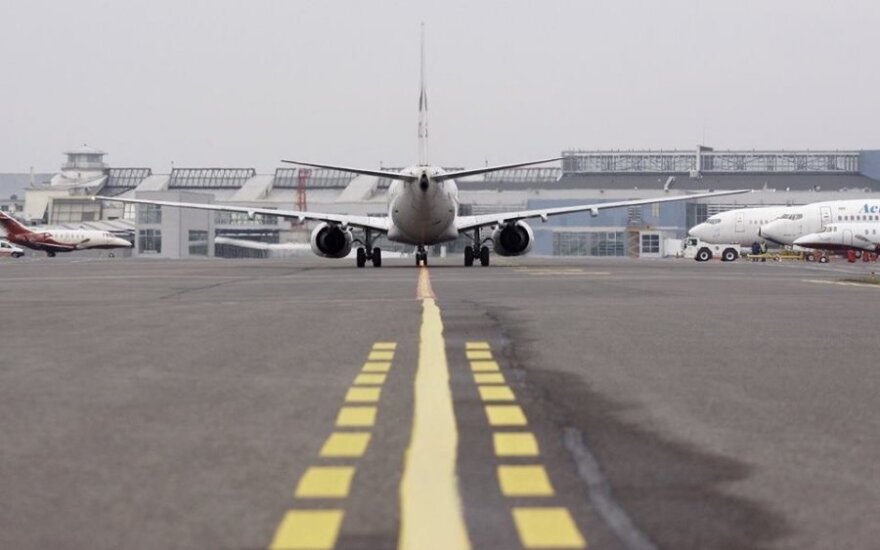 "Taking into consideration the growing flight number, and in preparation for the potential growth next year, the enterprise will seek to reorganise the structure of the airspace. The possibilities of opening additional ATC sectors are being analysed. The airspace structure reorganisation could cover both the lower (lower than 3 km AMSL) and the upper (higher than 3 km AMSL) airspace. Various possibilities and necessary measures are under consideration", says Mindaugas Gustys, Director General of the State Enterprise Oro Navigacija, provider of the air traffic control services in the Lithuanian airspace.

Related articles
Most popular flight destinations in Lithuania: Vilnius – Riga and Paris – Moscow transit flight
No increasing number of delays despite rise of number of flights across Lithuania

In June, on the initiative of Oro Navigacija, in response to a considerable increase in the number of overflights, an additional ATC sector was implemented: the upper airspace of Lithuania, extending from 10 to 20 km AMSL, was divided into two sectors which allowed to increase the capacity of the upper airspace of the Republic of Lithuania twice – up to 90 aircraft per hour – and prevent potential delays.

In the period January–September, air traffic controllers provided services to 35.7 thousand aircraft taking off from/landing at Vilnius airport, i.e. more by 21 per cent, compared to the same period last year. During the same period, the number of aircraft movements in Kaunas airport made up 7.1 thousand, i.e. decreased by 26.3 per cent, compared to last year. Increase in flights in Kaunas over last year's nine months was due to two peak months in summer – July and August – when the runway of Vilnius airport was under reconstruction and flights were redirected to Kaunas. In July and August of 2017, the number of aircraft movements handled in Kaunas made up 2346 and 2319, respectively (this year: 878 and 892).

The number of aircraft movements handled in Vilnius in September made up 4.3 thousand (6.5 per cent increase, compared to last year's September), in Kaunas 835 (11.6 increase), in Palanga 417 (decrease of 4.5 per cent), in Šiauliai 183 (decrease of 40.6 per cent). Considerable decrease of flight number in Šiauliai airport was due to the lower number of operations conducted by the NATO Air Policing fighters.