Tallinn and Helsinki are joining together. When Vilnius and Kaunas will follow?

EN.DELFI
aA
The distance between Tallinn and Helsinki is the same as from Vilnius to Kaunas. Estonians and Finns are working on a joint communication system which would enable them to travel the distance of 100 km in 20 minutes. 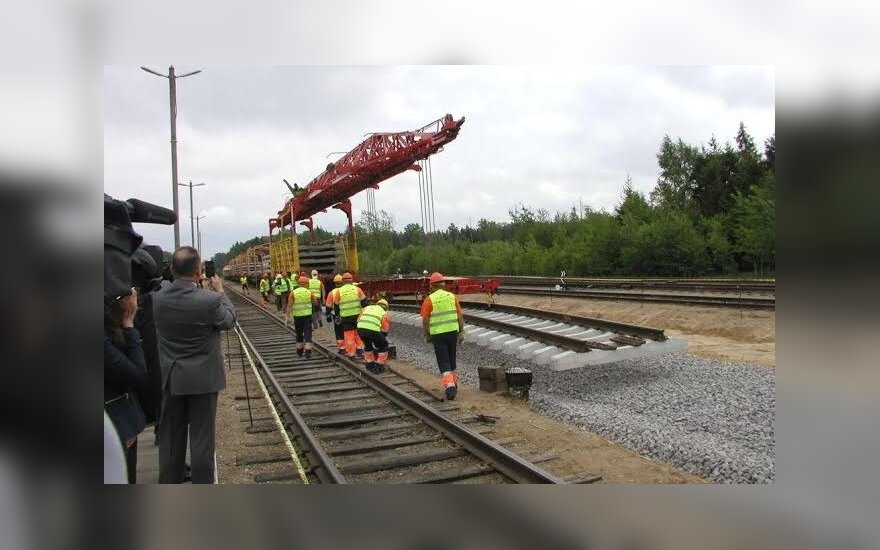 General Plan of Lithuania determines our decision to join the current capital with the old one. By building a high-speed railway line from Pilaitė to Rail Baltica track and International Kaunas airport, one would need to overcome the distance of 80 km. By travelling at the same speed as Estonians, we might be able to overcome this distance in 15 minutes. The installation of such track would cost 20 times cheaper than in the case of Estonia and Finland because Estonians need to dig a 50 km-long tunnel through the Baltic Sea. Our track from Rykantai would go beside the current railway track, it would be slightly straighter though. The EU would support both, the Estonians and us because it is the part of Rail Baltica track and they plan to link the capitals of all countries to this railway track.

Whether they will be linked, the majority will depend on the decisions of the communities and representative politicians' decisions of those countries. As a means of cooperation, the governments of Estonia and Finland are planning and organising the implementation of this project. Several public companies have joined forces with them, a special group of experts was established as well.

In Lithuania, the two-city project designed 15 years ago has not attracted much of the government attention. Specialists of various fields joined in the civil association Metro sąjūdis have the plan of a high-speed railway line between Vilnius and Karmėlava and the connection of this track with Vilnius metro line in Pilaitė in their minds.

On the basis of a private sector initiative, there are suggestions to build several administrative buildings near each end stations of a speed railway, where ministries could settle in on the rental basis. Likewise, the decision to move several ministries in the suburbs and move some of them to Kaunas would be implemented. If only a 15-minute distance would separate these ministries, all costs for their move would be prevented because such initiative was implemented on the basis of private funds.

However, this topic needs attention not only during election campaigns and one should not assume that such projects are implementable exclusively with state money and within one political term.

It is a pity that on the contrary to the case of Estonia and Finland, a critical mass of people fails to join together in Lithuania who thinks collectively and ambitiously or follows the example of their close neighbours. I dare to believe that future mayors of Vilnius and Kaunas will take advantage of this experience.

Agreement on EU's next multiannual budget before mid-2019 tough to achieve: Lithuanian diplomat to EU

The European Union is facing tense negotiations on its next multiannual budget, and the goal to...