EN.DELFI
aA
Switzerland-headquartered Mikron Automation has announced opening a production facility in the area of Kaunas, Lithuania. The facility will initially produce modules for automation solutions, mainly for customers in the automotive industry. In the following several years, Mikron will build a team of up to 50 specialists, including mechanical technicians, mechanical and control engineers, electricians, and supply chain managers. 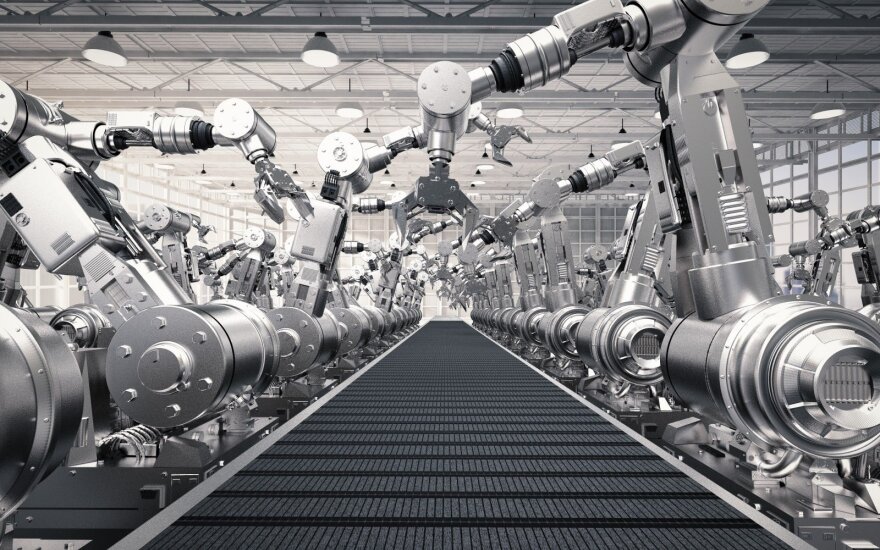 The company intends to start hiring in the nearest future, with the start of operations scheduled for Summer 2019. First shipments are expected in the last quarter of this year. Mikron Automation will be running operations of around 700 m2, with an additional 300 m2 dedicated to engineering and administrative functions.

The new entity in Lithuania will support Mikron Automation’s growth strategy. The company was searching for a location that would provide not only a cultural fit but also a talent pool of technical specialists that are willing to grow their knowledge with the company.

Related articles
Most wanted employees: there are still not enough future specialists studying in universities
Best employers globally are present in Lithuania

“From what we have seen so far, Lithuania in general, and Kaunas in particular is matching our expectations. When it comes to logistics, distances to our existing plants in Germany and Switzerland as well as to customers in Central and Eastern Europe will be short resulting in efficient lead times,” Christoph Schelzke, the General Manager for Mikron Automation in Lithuania says. “Also, Lithuania has jumped 8 places in the European Innovation Scoreboard, so it’s not surprising that Mikron decided to work together with the best global engineering talents.”

According to Mr. Schelzke, the company is looking for employees who are willing to take entrepreneurial responsibility, share knowledge and approach given tasks creatively. In the initial phase, new hires will receive extended on the job training at Mikron Berlin or one of the other sites of Mikron Automation.

“After German automotive giants Hella and Continental announced their decisions to set up in Lithuania, the Kaunas area has spurred interest in other manufacturers as well, not just from the automotive field. Companies developing solutions for the automotive industry have already set up their research and development centres in Lithuania, and the decision of Mikron shows interest coming from companies that manufacture industrial machinery used in the industry. This development will provide impetus to the Lithuanian automotive cluster to grow in different segments of the industry,” says Virginijus Sinkevičius, the Lithuanian Minister of Economy and Innovation.

“In a world where automation rates are increasing every year, industrial machinery solutions are at the core of any production site. Countries with strong competencies in this area will be ahead of the curve in multiple industry fields, and the decision of Mikron Group to set up in Lithuania sends a clear signal that we are set to become one of those countries,” Mantas Katinas, General Manager of Invest Lithuania, believes.

As a company strongly dependent on constant innovation, Mikron collaborates with multiple universities around the world, helping to educate specialists the company itself requires. The company also plans to collaborate with universities in Lithuania.

“It was an honor for German-Baltic Chamber of Commerce (AHK) to accompany and support Mikron in its investment process. It is a real pleasure that companies from the DACH area increasingly appreciate the Business opportunities of Kaunas region in Lithuania and the Baltic States as whole. The opening of the Mikron plant in Lithuania confirms availability of qualified personnel, but also demonstrates the need to invest into modern vocational education and training process,” emphasized Florian Schröder, CEO of AHK. “Vocational education and training is one of the priorities of AHK and it will also play an important role in the future investments”.

Most wanted employees: there are still not enough future specialists studying in universities

With the IT market continuously growing in Lithuania, there is a constant demand for IT specialists....

Another startup company is joining the ecosystem in Lithuania. Exai, a company that specializes in...