LT Daily, media brief
aA
The very first airline Germania plane from Switzerland landed in Vilnius on Thursday. The regular flights between Vilnius and Zurich will start a month later, on June 2, but this time all the airline's management flew to Vilnius. 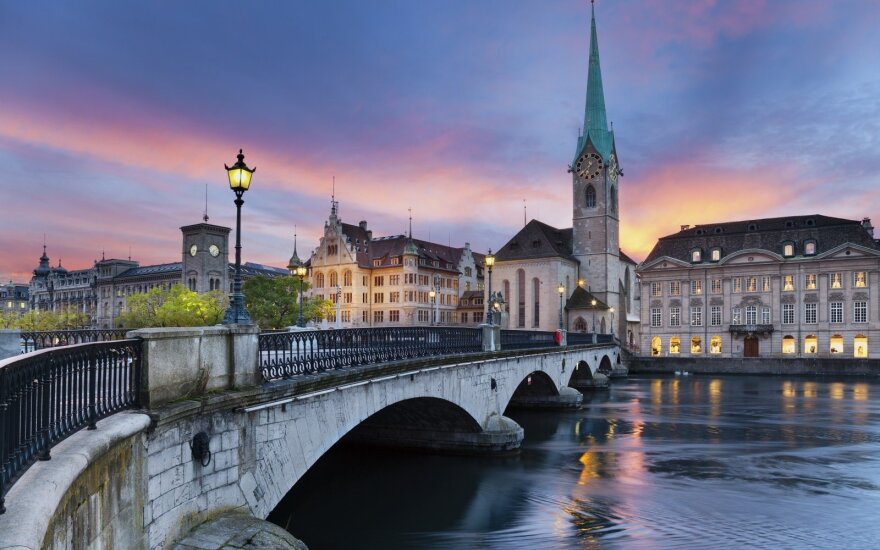 The head of Germania, Tobias Somandin, said that he has brought together a 75 people delegation to visit Lithuania.

“We have brought media, representatives of travel agencies who want to get acquainted with Vilnius, and to publicise the gathered information. We are planning to start operations in Vilnius in June so we still have time to sell this destination to the Swiss, because it is the only direct flight to Lithuania,” said Somandin.

“We will start during the summer season and then we will decide, we will look at how successful the development of this route is,” he said.

Germania received €100,000 in funding from the Lithuanian Airports Authority and the Ministry of Communications. New routes also get discounts for services at the airports.

Jūratė Baltrušaitytė, the Lithuanian airports Commercial Director, said when Lithuania had had a direct connection with Switzerland, the annual number of tourists from that country exceeded 10,000 people. When the route was abolished in 2008, this figure halved.