Elta EN
aA
The drilling of the Tidikas-1 exploration well on the Raseiniai licence onshore Lithuania has been successfully completed by the energy company Tethys Oil. 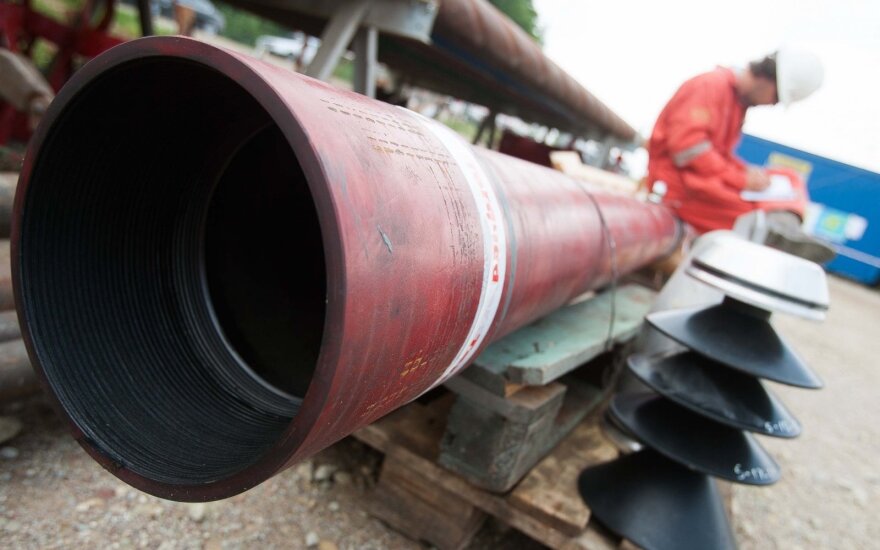 The well encountered a combined oil column of almost 50 metres in two different lime stone formations and flowed oil to surface during drill stem tests. The well will be put on a long term production test, the company said in a report.

Tidikas-1 was drilled vertically to the Cambrian sandstone at a measured depth of 1,413 metres and cores were taken from Silurian and Ordovician limestones, marl and dolomites. Tidikas-1 was the second well drilled in 2015 on the licence. The Bedugnis-1 well, which was completed in August, was drilled vertically to a total measured depth of 1,067 meters and recorded oil shows while drilling but no oil flowed to surface. Both wells were targeting Silurian reefs and carbonate features mapped by an 80 square kilometres 3D seismic study completed in 2014.

"We are quite encouraged by the well results so far. There are now clear indications that an active petroleum system exists within the Raseiniai licence. We are looking forward to the results of the long term production tests from Tidikas-1 and the analysis of the cores from both Tidikas-1 and Bedugnis-1," says Magnus Nordin, managing director of Tethys Oil AB.