(1)
BNS
aA
With African swine fever (ASF) virus found in pig farms managed by Danish-owned Idavang, the local authority of the district of Ignalina has declared a state of emergency in the entire district. 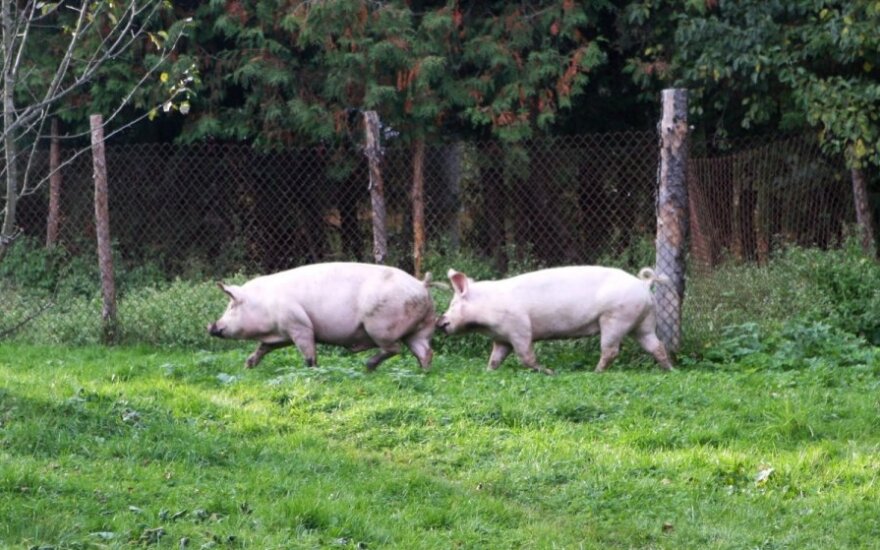 With African swine fever (ASF) virus found in a pig complex managed by Danish-owned Idavang, the local authority of the district of Ignalina, which borders Latvia, has declared a state of emergency in the entire district.

A respective decision was made on Friday by the emergency management commission of the local authority of Ignalina.

“The state of emergency was declared in the district of Ignalina. We will provide all information to the Interior Ministry and will decide on Monday whether such a state should be imposed across the country,” Agriculture Minister Virginija Baltraitienė told the web portal lrytas.lt.

The primary task now is to eliminate the outbreak at Idavang’s pig complex, she added.

State of emergency in entire country

After meeting the Government Emergency Commission in Ignalina, the minister of agriculture said there were discussions to declare state of emergency in the entire country on Monday.

On Friday morning, Jonas Milius, chief of the State Food and Veterinary Service, said he was mostly concerned about the risk for spread of the disease.

"On 22 July there was movement to another two farms and one slaughterhouse, we have found the carcasses and we have eliminated them; however, we are testing blood samples and monitoring the pigs transported to other farms, certainly today we are very concerned about it," said Milius in an interview to the national radio LRT.

Latvia and Estonia have already banned pork imports from Lithuania.

Lithuania’s agriculture minister hopes that African swine fever (ASF) virus found on farms in the district of Ignalina will not spread across Lithuania and other European countries will not restrict their imports of Lithuanian pork.

“We know that Latvia has refused to import meat from all Lithuania. I haven’t heard about other restrictions thus far. We will wait what will happen next, but I hope that this outbreak and this disease will be contained in that one farm and we won’t face those sanctions from Europe,” Virginija Baltraitienė, who is visiting the district of Ignalina on Friday, told the LRT Radio.

Infected pigs were found in all farms of the pig complex managed by Danish-owned Idavang in the district of Ignalina, although they were subject to exceptional safety measures. Approximately 19,000 pigs, which were kept in the complex, are being culled.

The Lithuanian Veterinary Service on Thursday reported the first ever case of ASF in domestic pigs in the country. Immediately thereafter, Latvia banned imports of fresh pork from Lithuania. Grocery chains Rimi and Maxima have already started taking pork of Lithuanian origin off their shelves.

An outbreak of African swine fever (ASF) has been reported in a Lithuanian pig complex owned by...

After an outbreak of African swine fever in one of the largest pig farms in Lithuania, the Food and...