BNS EN
aA
Small-scale entrepreneurs say they would go bankrupt, if alcohol was moved out of food stores to specialized shops, as proposed by Lithuania's new ruling Peasant and Green Union. 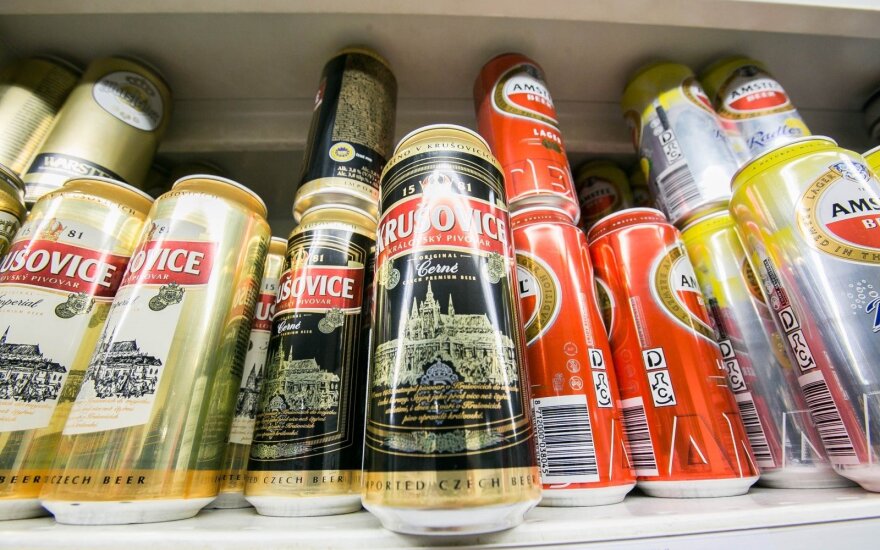 "We are genuinely in support of the efforts against excessive drinking, we will definitely support adequate and balanced measures, however, the specialized alcohol stores stipulated in the law would mean our collapse," Eimutis Radžvila, board member of the Aibė alliance, said during hearings at the parliament's Health Affairs Committee.

In his words, the alliance includes 700 stores, including 500 that do not have technical capacities for a separate specialized store.

Arturas Mackevičius, board member of the Association of Small- and Medium-Sized Businesses of the Kaunas Region, also said that specialized alcohol stores were only possible in cities and only for the largest retail chains. In his words, small-scale businesses will not have enough money, as, according to their calculations, opening a specialized may cost between 30,000 and 100,000 euros.

Related articles
Will the “Peasants” keep their promises to voters?
D. Mockus on R. Karbauskis’ goals – to put it mildly, we’ll see

Another businessman having a few stores in villages said that the suggested specialized stores would push his business into bankruptcy, as well as his physical bankruptcy, as he has pledged his own property for business development.

In response to the fears, Health Minister-Designate Aurelijus Veryga stated that the goal of the bills is to reduce he number of places that sell alcohol.

Non-governmental organizations fighting excessive drinking said Lithuanian businesses were strong and would survive the new restrictions, emphasizing the importance of the nation's health.

Two packages of laws have been proposed to the parliament, envisaging specialized alcohol stores and later alcohol sale age, as well as shorter alcohol trade hours.