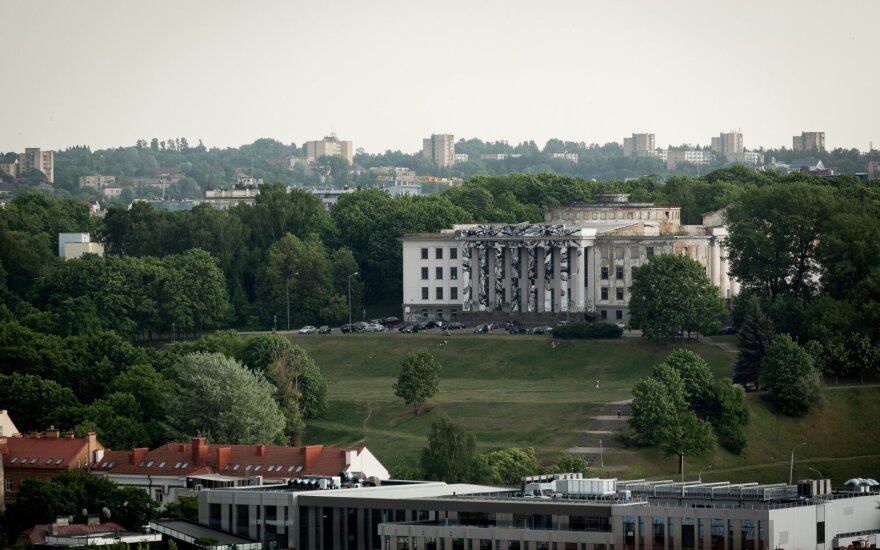 Fres Architects and Planners of France are ranked second, followed by Paleko Archstudija of Lithuania in third place and SMAR Architecture Studio of Australia in fourth place.

Following an evaluation of the qualifications of the preliminary winners, the final results of the competition, run by the city jointly with the Lithuanian Union of Architects, will be announced in the second half of September.

The competition entries will be put on public display and, at the next stage, the preparation of the technical design of the concert hall will start and bids will be invited for a construction contract.

A total of 248 architectural ideas from the US, Japan, Germany, Britain, New Zealand, Finland, China, Brazil and other countries were entered for the competition.

Under the terms of the competition, the new building will have a main hall of up to 1,700 seats and a small hall of 500 seats. It will also house bars, a spacious foyer with an impressive panoramic view of the city, and premises for other cultural activities.

A total of 52 million euros have been earmarked for the designing and construction of the building.

The National Concert Hall is expected to be opened in 2023 when Vilnius will celebrate its 700th anniversary.

An international architectural idea competition for the National Concert Hall has been launched....

At the Aludarių street, in the territory of the former brewery “Tauras”, construction works of...

Over the last few decades, the urban model of the West, where residential, work, commercial and...

The United States held on to the number one spot in IMD World Digital Competitiveness ranking (WDCR)...