EN.DELFI
Danish businessman Bas Lansdorp, CEO of Mars One, a company that plans space expeditions to Mars, will be speaking in the second Vilnius Innovation Forum ‘Innovation Drift‘, organised by the Ministry of Economy of Lithuania. The objective of an ambitious project is not only to take people to Mars but also to provide habitable conditions to live in the red planet independently, www.innovationdrift.com reported. 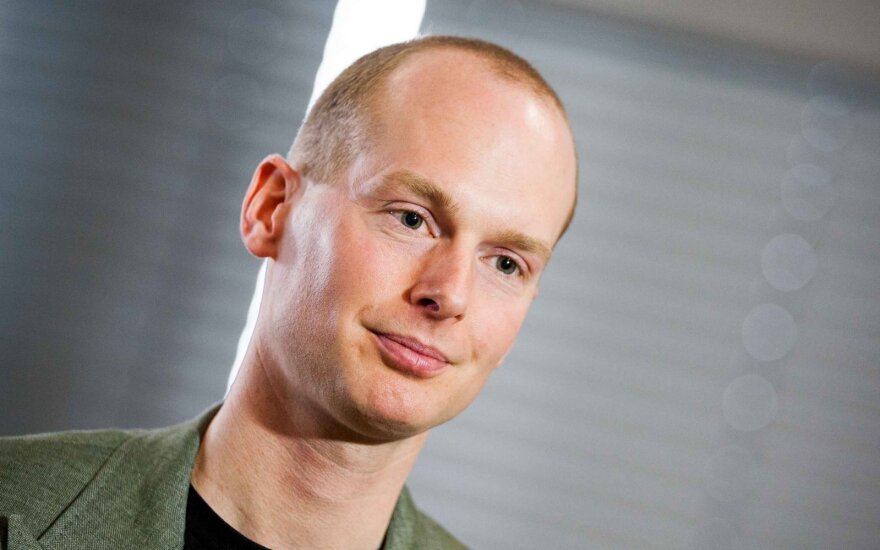 ‘The unique idea of Mars One does not only shock with its scope, but also proves that anything is possible in high-tech. I believe that insights of Bas Lansdorp will inspire participants of the Vilnius Innovation Forum to stand out from the crowd with their unusual ideas and skills and change the world while building genius technology’, says Minister of Economy Evaldas Gustas.

Mr. Lansdorp, whose company has received a lot of criticism, indicates that while you are preparing for something so highly innovative you cannot avoid being criticised. According to him, useful and constructive criticism helps improve the mission plan.

‘My advice to entrepreneurs is always to follow their heart. If you do what you like, you will be most motivated, committed and focused. And remember that all great innovations were criticised before they were embraced. Learn from others, but believe in yourself’, says one of the most eccentric speakers in ‘Innovation Drift’ Bas Lansdorp.

The Danish entrepreneur remembers that he first thought of inhabiting people in Mars when he was still a student.

‘Looking at images of the Mars surface by the Sojourner rover in 1997, as a young student, made me want to go to Mars myself. As I explored the idea in the years that followed in my spare time with friends and colleagues, each piece of the puzzle seemed to fall in place. When I solved the last piece of the puzzle, I sold part of my shares in my previous company to finance the start-up of Mars One and started working full time on the plan in March 2011”, tells Mr. Lansdorp.

According to him, the mission to Mars is mainly funded by private investments.

‘Investors are investing in Mars One because they believe in a return on their investment. That return on investment will come from several revenues streams, like broadcasting rights, partnerships and intellectual property rights’, says B. Lansdorp. Getting the first 4 people to Mars is estimated to cost 6 billion dollars. B.Lansdrop will be discussing his plan during the Vilnius Innovation Forum ‘Innovation Drift’ in the conference hall Litexpo in Vilnius.

The Vilnius Innovation Forum will host more than 40 speakers. Among them – the first LinkedIn employee outside the United States and former head of the company‘s European department Kevin Eyres, Head of Marketing for the Baltic States at Google Regimantas Urbanas, Head of Society and Innovation, Member of the Executive Committee at The World Economic Forum (WEF) Nicholas Davis, Director for Accelerators and Technology at CERN Dr. Frederick Bordry and more than 40 other speakers.

The Vilnius Innovation Forum 2015 is hosted by the Ministry of Economy and the Agency of Science, Innovation and Technology. The event is sponsored by the European Regional Development Fund.