BNS
aA
Polish-owned Lithuanian crude refiner Orlen Lietuva appears to have imported a cargo of Russian oil contaminated with organic chloride. Meanwhile, the company itself denies such information and states that all imports meet GOST standard and quality requirements. 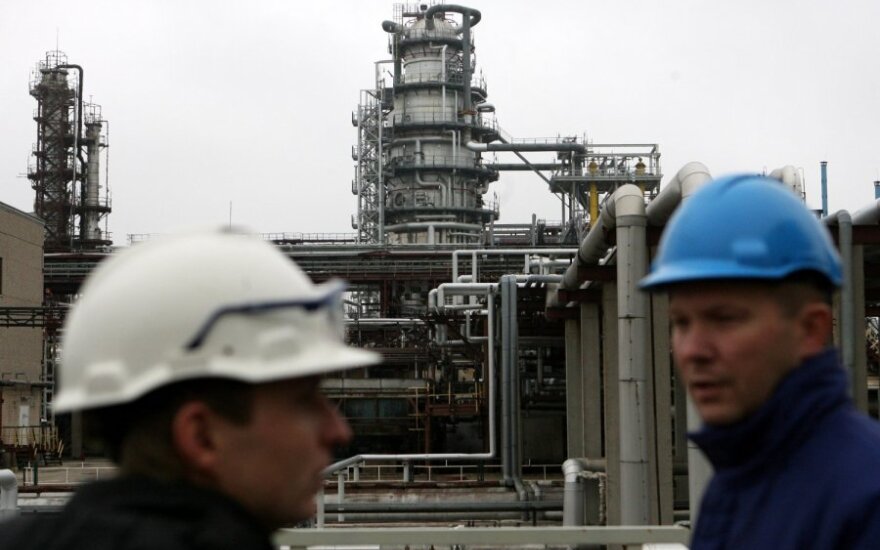 The cargo was in late June loaded directly onto rail tank cars at Klaipedos Nafta's oil terminal, rather than at Orlen's Butinge terminal which the company uses for importing crude for its Mazeikiai refinery.

The Liberian-flagged Mendeleev Prospect came to Klaipeda from the Polish port of Gdansk on June 29, based on the vessel position tracking website Vesselfinder.com.

According to information available to BNS, it was the only tanker to deliver crude oil to the Lithuanian port on the day.

Orlen Lietuva, Klaipedos Nafta and Lietuvos Gelezinkeliai (Lithuanian Railways) all declined to comment to BNS on the cargo.

Reuters reported in late June that the Mendeleev Prospect had been loaded with contaminated oil in the Russian port of Ust-Luga, in the Gulf of Finland. With no buyer, the vessel had been anchored near Gdansk since April 27.

Klaipedos Nafta announced last week that a tanker had for the first time delivered raw materials via its Klaipeda oil terminal for one of the region's refineries in June.

Sources have confirmed to BNS that the cargo was taken to Mazeikiai, not to Belarus' Mozyr refinery, another customer of Klaipedos Nafta. The latter company also said that in handling this cargo, its terminal used a rare loading scheme where oil was reloaded from a vessel directly onto rail tank cars.

According to Reuters, the contaminated oil was being offered at discounts of 10-15 US dollars per barrel – or 10-15 million dollars per regular Suezmax tanker – to the regular price of 65 dollars a barrel.

"In Europe, a limited number of buyers dared to refine the oil including Spain's Repsol, Swedish Preem and Finnish Neste Oil, according to traders and Refinitiv Eikon flows data. They are estimated to have taken 600,000 tons," the news agency said on June 25.

At least four tankers with contaminated oil, including the Mendeleev Prospect, were anchored at various European ports as of June 25, it said, adding that the number could still change as China's refusal to take the dirty crude was forcing traders to send at least some of it back to Europe.

"Dirty oil needs to be diluted before being refined, sometimes one tainted barrel with 20 barrels of clean oil," Reuters said.

The Lithuanian businesses daily Verslo Zinios reported in May that Orlen Lietuva's Butinge terminated had refused to take two cargoes of contaminated Russian oil. Orlen Lietuva CEO Michal Rudnick told the paper that the Mazeikiai refinery's products "are clean and of high quality and meet all the requirements".

Russia's Druzhba oil pipeline was shut down on April 19 after it was found to contain oil with a high content of dichloroethane, a toxic substance with strong corrosive properties. The tainted oil was loaded onto more than ten tankers in Ust-Luga.

Sergei Andronov, vice-president of Russia's state oil pipeline monopoly Transneft, told the media in late May that some 3 million tons of contaminated oil had been transported via Druzhba and Ust-Luga.