BNS
aA
The association of depositors and creditors of Lithuania’s bankrupt Snoras bank plans to contest the prosecutors’ decision to dismiss investigation into the actions of Neil Cooper, the bank's outgoing bankruptcy administrator. 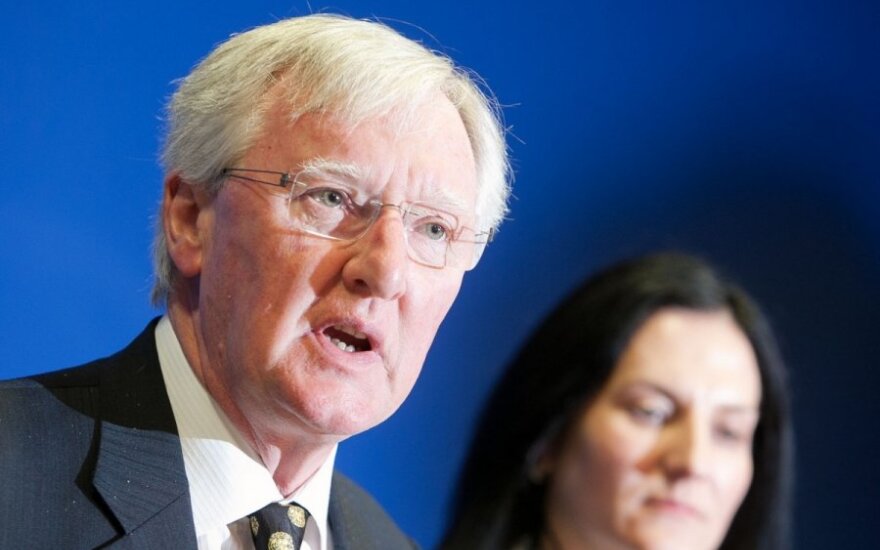 “We still have doubts about Mr. Cooper’s actions in the past and will soon go to court over the discontinuation of the investigation related to Mr. Cooper, over those money transfers. We are now consulting lawyers and will submit a complaint,” Danukas Arlauskas, the head of the association, told BNS.

The complaint will be lodged by the end of October, he added.

The Lithuanian Prosecutor General's Office early in September ended its pre-trial investigation into certain actions of Neil Cooper after finding no signs of criminal activity.

The prosecutors suspected Cooper of having illegally performed two financial transactions which caused 1.232 million litas (EUR 357,000) in damage. However, the money concerned was later returned to the bank.

Linas Kuprusevičius, a Vilnius prosecutor who dismissed the investigation, then said that the transactions, which were carried out after the suspension of the bank’s operations, were a mistake.

The Prosecutor General 's Office announced on Thursday that the decision to terminate the pre-trial...

The Lithuanian Prosecutor General 's Office has ended its pre-trial investigation into actions of...

The association of Snoras Bank depositors and creditors addressed in writing the bankruptcy...

Vilnius Regional Court has delivered a judgment in favour of 26 claimants against Snoras Bank and...