BNS
aA
The 2017 growth of the amount of illicit tobacco products in Lithuania was the biggest over the past five years, with smuggled cigarettes accounting for nearly a fifth of the cigarette consumption level, according to an empty pack survey carried out by Nielsen. 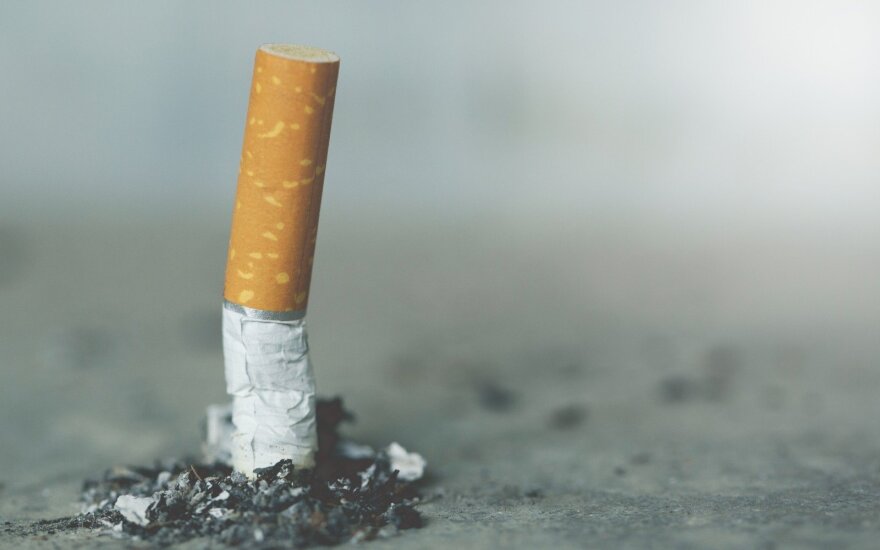 Illegal imports of cigarettes may have deprived the Lithuanian budget of over 60 million euros in uncollected excise duty alone.

Smuggled cigarettes accounted for 19.6 percent of the total tobacco consumption in the country in the last quarter of last year, up by 2.1 percentage points year-on-year, the National Association of Tobacco Producers (NATP), said in a press release on Thursday.

"The illicit tobacco market started swelling again and now accounts for almost a fifth of the market. By raising the excise duty on cigarettes more than demanded by the EU, Lithuania is pushing its residents to turn back to the illicit tobacco market and reduce the budget revenue generated by excise duty," NAPT executive director Arnas Marcinkus said in a press release.

The minimum excise duty on cigarettes will grow by 5.4 percent o 59 euros in March, with the combined tax to rise by 6.7 percent to 96 euros per 1,000 cigarettes. Excise on cigars and cigarill o s will jump 12.1 percent to 37 euros.

Nielsen conducted the survey for four tobacco companies in 20 Lithuanian cities and towns. The survey did not cover rural areas.

Another huge haul of smuggled cigarettes seized in Lithuania

Another huge haul of smuggl ed cigarettes, worth 1.3 million euros, has been seized in Lithuania, the...

Nine Lithuanian nationals have been detained during an international operation in Lithuania on the...

Lithuanian customs nab €400,000 worth of drugs on Latvian border

Lithuanian customs officers found almost €400,000 worth of psychotropic tablets hidden in a car they...