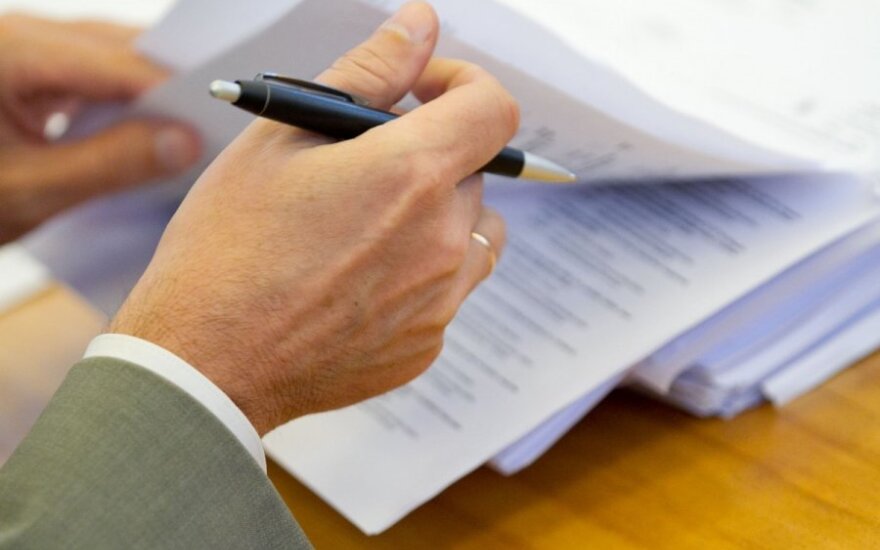 "This year small businesses were borrowing for working capital, opting to finance business development from earned profit or to postpone expansion altogether. Despite fast growing economy and purchasing power, small businesses still have reservations regarding business development. Most probably lessons learned during the years of crisis still have an impact on business activity and borrowing needs," noted Head of Corporate Banking Division of Swedbank, Dainius Vilčinskas.

According to Swedbank's representative, small businesses address banks over short-term credit services due to increasing orders, which cannot be fulfilled due to the lack of working capital.

"Representatives of trade sector were the ones to borrow for working capital and use overdraft services the most actively. We believe the same trend will be noticeable in the last quarter of this year. Trade companies will be borrowing for working capital more actively in preparation for winter holidays which generate the biggest profit. In addition, the euro adoption and the need to carry out payment operations in two currencies in the first two weeks of January will also prompt businesses to use short-term financing services more," said Swedbank's representative.

According to Swedbank's data, in the third quarter of 2014, small businesses of major Lithuania's cities (Vilnius, Kaunas and Klaipeda) borrowed the most for working capital and investment. The average short-term loan was around LTL 63,000 (EUR 18,200), whereas long-term was LTL 154,000 (EUR 44,600). Long-term loans are as a rule taken for a three year period while short-term loans for one year. The minimum loan amount is LTL 6,900 (EUR 2,000).  In the third quarter, long-term investment financing transactions in the small business segment were mostly conducted with immovable property and trade companies.

Swedbank provides services to approximately 30,000 active small business clients. Small enterprises that have less than 10 employees constitute around 80 percent of all companies in Lithuania.