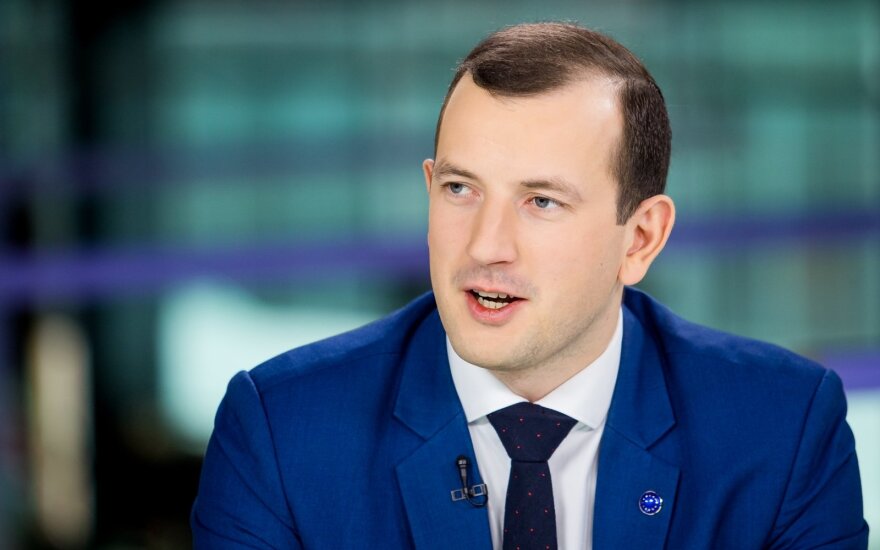 He also says 6.3 billion euros Lithuania could expect to receive under the new instrument is a chance for the country to invest into sustainable future solutions.

"Both European leaders, and the Commission have set two key directions, including digitalization and the Green Deal. So, in this case it would be strange if they said that the Green Deal is our priority but we also want to cut funding for environment. I am sure funding will definitely not be cut, and its use through other programs will be wider and much more environmental-friendly," the European commissioner told the Lithuanian national radio LRT on Friday. "I am convinced that agricultural funding will act like that as well."

If member states agree, the European Commission would borrow hundreds of billions of euros on the financial markets, which would be repaid through future EU budgets. According to Sinkevicius, the EC is also considering news taxes to fund the repayment of borrowed funds.

"The Commission is speaking about the introduction of five new taxes, including digitalization, big corporation and pollution taxes, but these are taxes applicable across the Union, and they would not apply to individual tax payers, but to large companies. All of these issues are still under discussion and state leaders will have to discuss them," the European commissioner said.

Lithuania would be eligible to receive 6.3 billion euros from the new fund, including 3.9 billion euros in grants and 2.5 billion euros in loans. The European commissioner also underlined that it's not that Lithuania really needs that money but it would create an opportunity for the country.

Virginijus Sinkevicius , Lithuania-delegated EU Commissioner who is responsible for environment,...

The Seimas decided to call on the European Commission to take measures necessary to combat the...

Lithuania finds the proposed cut in cohesion funding in the EU's next long-term budget unacceptable,...

EU agreement on recovery plan and budget made: Lithuania gets 1.7 billion euros more (4)

EU leaders on Tuesday struck a deal on an economic recovery plan and the bloc's next long-term...