BNS EN
aA
The fall session just completed by the Lithuanian parliament is historic, as it adopted a package of laws ensuring Lithuania's accession to the euro area, Parliamentary Speaker Loreta Graužinienė says. 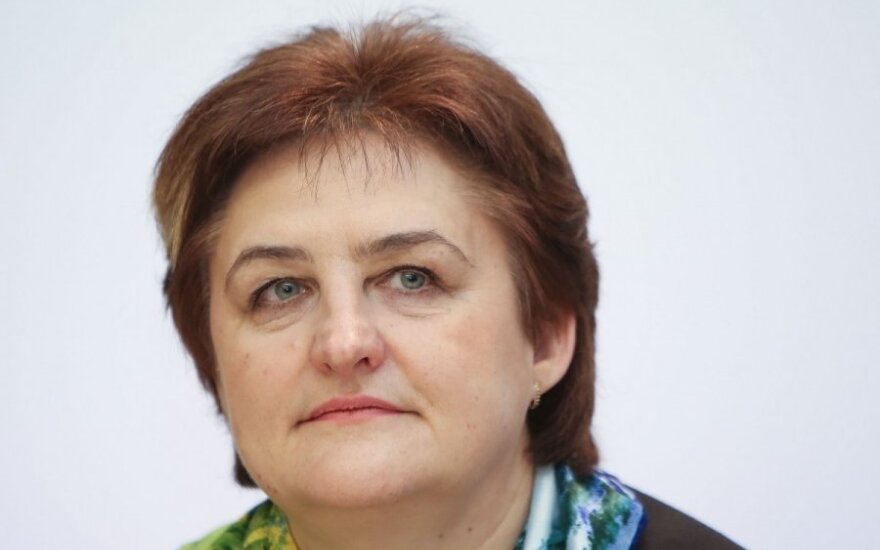 "We can call his Seimas session historic, as it passed the entire package of laws that paves way for Lithuania's accession to the euro area. I believe that the laws will enable smooth adoption of the euro in Lithuania," Graužinienė said in her final speech of the session on Tuesday.
Lithuania is due to become member of the euro area on January 1 next year.

Speaking about the key legal acts passed during the fall session, Graužinienė mentioned the 2015 budget, the decision to extend the 9 percent VAT privilege for heating and hot water until July 1 2015, raise of the minimum monthly wages starting mid-2015, the changes to the law on social insurance during illness and maternity leave, the decision to apply an analogous social benefits model in all municipalities and the adoption of the Law on Cyber Security.

"During this session, we had to focus on stepping up national defence and security. In response to the emerging external threats, the parliament decided to upgrade Lithuania's Armed Forces by amending the Law on State of War and other laws," said Graužinienė.

The fall session included a total of 45 plenary sessions, passed about 360 laws, 65 resolutions and five other legal acts. More than 125 laws had to do with recalculation of litas-denominated sums into the euros.

Under the Constitution, the fall session opens on September 10 and closes on December 23. The parliament will start its spring session on March 10.