ELTA
aA
The Lithuanian Seimas (parliament) has adopted its state budget for 2016 and its expenditures exceed its revenues by 640 million Euros. The deficit budget was adopted in a vote of 76 for, 34 against, and 14 abstentions. The budget's revenue, together with the European Union's funds, is expected to amount to 8.046 billion Euros. Expenditures, on the other hand, are projected to reach 8.686 billion Euros. 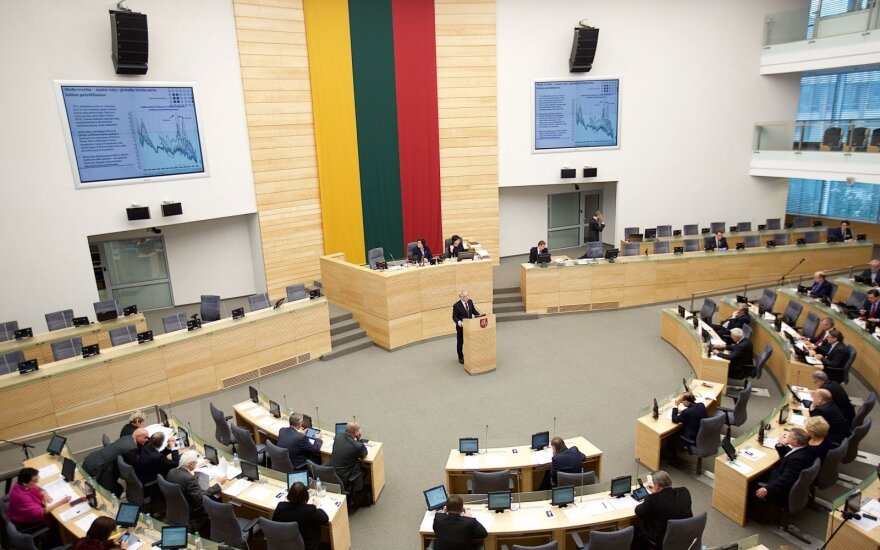 The new budget has tasked the Government with finding an additional 14,000 Euros for the Seimas Ombudsmen's Office and 500,000 Euros for the Fund of the Protected Area Directorate. 70 million Euros will be allocated from the Road Maintenance and Development Programme to asphalt gravel roads, and 7 million Euros will be granted for significant local infrastructure work on the Rail Baltica project.

On 1 January 2016, the Lithuanian minimum wage will be increased from 325 to 350 Euros. The move will require 21 million Euros from state and municipal budgets.

The budget was prepared based on the assumption that GDP will grow by 3.2 percent, while average annual inflation will be 1.4 percent.

After the second reading of the draft state budget, leader of the Seimas opposition Andrius Kubilius...