(1)
Elta EN
aA
Head of Lithuania's State Food and Veterinary Service (VMVT) Jonas Milius says that a ban on the transit of fish products, imposed by Russia on Lithuania, will not inflict significant damage because Lithuania's fish exports to Russia are relatively small. 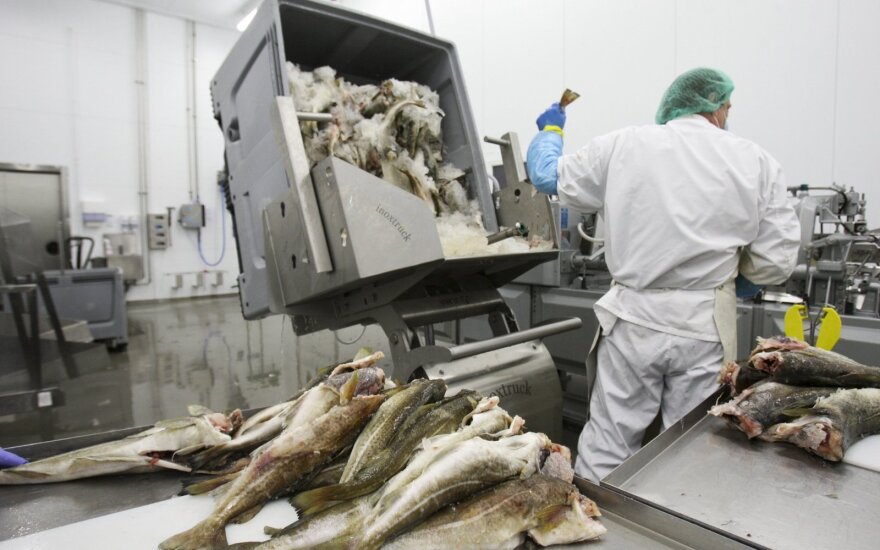 Russia's Federal Service for Veterinary and Phytosanitary Surveillance (Rosselkhoznadzor) said in a statement that Russia banned the transit of fish products from third countries through Lithuania. Furthermore, four Lithuanian companies - Vičiūnai ir Partneriai, Plungės Kooperatinė Prekyba, Norvelita, and Baltijos Delikatesai - have been temporarily prohibited to export produce to Russia. According to the Russian service, inspections carried out at Lithuanian companies in September found that the traceability system of produce from third countries was operating inadequately, while VMVT had sometimes certified products of unclear origin.

The head of VMVT says it is difficult to understand why Russia complained only several months after inspections. According to Milius, the inspections did not find any violations. "The audit did not determine any deficiencies, there was no reproach," Milius told the news agency ELTA.

According to the VMVT head, Russian services demanded documents about export to third countries - Belarus and Kazakhstan - even though Lithuania cannot supply such certificates without permission of those countries.

"We cannot supply information on how much and what kind of produce was exported to Belarus or Kazakhstan. Countries of the Customs Union have their own system and have to agree on these things, because we (VMVT - ELTA) have to receive consent from those countries. We have not received it," said Milius.

The head of VMVT said Lithuanian companies would face minimal losses due to the ban imposed, as only 20 tonnes of fish products are exported to Russia, 2,000 more tonnes are transported in transit from third countries.

The latest export restrictions for Lithuanian companies entered into force on 7 December. Export of fish products from third countries via Lithuania to Russia will be stopped starting 14 December.