BNS
aA
Russia admits that Lithuania is the most proactive in the European Union (EU) in fight against African swine fever (ASF). However, Moscow still does not mention any possibility to resume imports of pork from Lithuania. 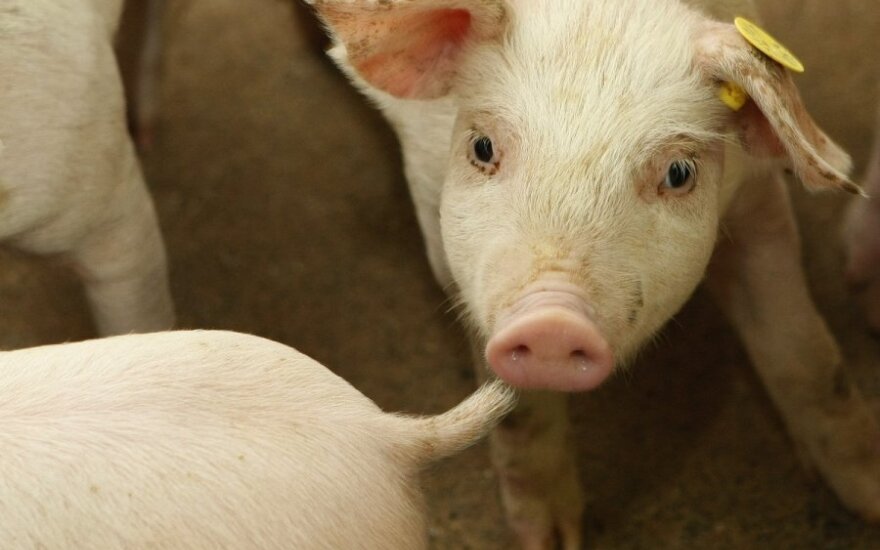 “The work is active and intensive enough. What’s the most important is that Lithuania is much more active in fighting ASF and tackling other issues than, for example, Poland. The level of measures taken by Lithuania is the highest among all European Union countries,” Alexey Alexeyenko, spokesman for Russia's veterinary and phytosanitary surveillance service, Rosselkhoznadzor, told BNS.

It was still not clear when the imports of pork from Lithuania might be resumed, he said.

“No, there is no point in talking about specific dates but we trying to come to an understanding. For example, we had a tense situation a couple of days ago. We were getting ready to impose temporary bans on Biovela due to non-compliances found in the company’s products but the Lithuanian Veterinary Service responded to that very quickly. As early as the next day, we received a report about the investigation of this incident, which specified the measures taken. Hence we no longer had to impose any restrictions,” Alexeyenko said.

He added that the competent authorities had already agreed that the country’s companies known for their high level of safety would be allowed to resume exports.

“Of course, there are a great many common problems but the most important is that we have agreed that supply authorizations of the Lithuanian companies with a high level of biological safety will be renewed in the first place,” Alexeyenko said.

He stated that the hotbeds of ASF would not pose any additional obstacles for the exports of Lithuanian pork.

“No, Lithuania’s situation has not become any more complicated due to that. Supplies from your territory include only locally made products, which are covered by certificates issued by the Lithuanian Veterinary Service. We are only concerned about new contagion in Lithuania – this time from Latvia, which has registered cases of both African and classical swine fever. It’s also important to prevent the supply of raw materials to Lithuania from Latvia. The situation, of course, needs a decision at the European Commission’s level, but the Commission is very inflexible,” Alexeyenko told BNS.