the Lithuania Tribune
aA
The total amount of Russian investment in Lithuania is now four times below the level it was a decade ago, dropping to €500 million last year, reports business daily Verslo Žinios. 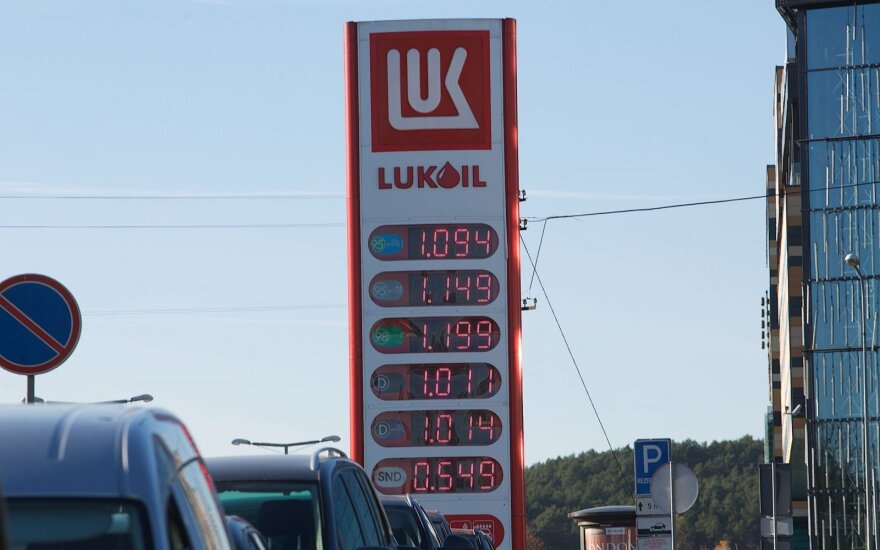 However, the number of Russian companies operating in the country, about 3,000, has not dropped since before the 2008 economic crisis.

Lukoil, which operates a network of petrol stations in Lithuania and Latvia, has recently announced it is selling off its assets in the Baltic countries. The company quoted a prevailing anti-Russian mood as the main reason for its withdrawal, although experts say it is more likely to do with profit considerations.

Gazprom, Russia's state-owned gas behemoth, was forced to divest from Lithuania's gas infrastructure after the country implemented the European Union's Third Energy Package. In 2014, the Lithuanian government bought out the majority stake in Lietuvos Dujos (Lithuanian Gas), which was previously 37% owned by Gazprom.

Following these divestments by the Russian energy giants, Vaidotas Rūkas of INVL Asset Management said that Russian investment in Lithuania is negligible, if one discounts real estate bought by Russian companies and individuals.

However, Viktorija Trimbel, chief executive of Quantum Capital, said that if one wants to judge foreign direct investment from Russian sources, it is a good idea to look at what is happening in Cyprus, Malta, the Netherlands and other jurisdictions where Russians often register their businesses.

She said a lot of Russian, Belarusian and even local capital comes to Lithuania via these countries.

"I don't see any retreat of Russian businesses from Lithuania or the Baltic states. It's just jurisdictional corrections," Trimbel told Verslo Žinios.

Russia‘s influence on Lithuania and the Baltic States is in serious decline with Russian...

Lukoil has sold its chain of 230 filling stations in Lithuania , Latvia and Poland to Austrian...

Why is Lukoil really leaving Lithuania?

Just before Christmas, Lukoil president Vagit Alekperov announced that Lukoil would start to...

The Russian oil company Lukoil has announced it is selling off its assets in Lithuania and Latvia...