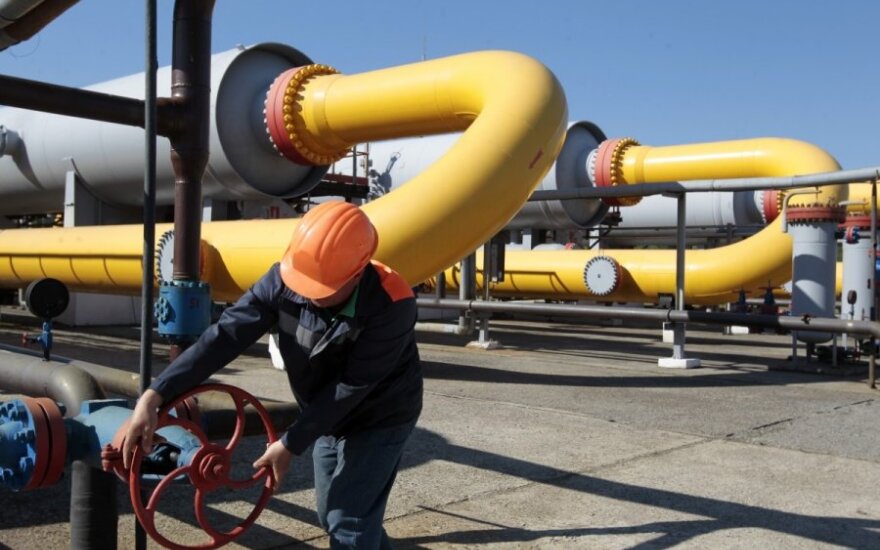 Several countries have received an official explanation from Gazprom, Russia's state-run energy behemoth, that the 15-45 percent drop in gas levels for a couple of days is possible because Russia is filling up its gas storage facilities in preparation for the winter. Gas supply to Poland should return to the agreed levels on Friday, it said.

But energy experts speak of another possible explanation. Vidmantas Jankauskas, deputy head for energy in the Lithuanian Confederation of Industrialists, says the move might be Russia's way to send a warning to EU countries against supplying gas to Ukraine in "reverse-flow".

"Gazprom had warned: if you reverse-flow supply gas to Ukraine, we will punish you. Poland and Slovakia are already sending gas to Ukraine," Jankauskas says.

According to him, the most pressing question right now is how the Russian gas will be supplied to Central Europe, which is linked to a pipeline that runs across Ukraine.

"In west Ukraine, they have huge storage facilities for emergency situations or very cold winters in Central Europe. But here's the puzzle - how will these facilities be used, if Russia does not renew gas supply to Ukraine before winter, something that has already happened in the winter of 2009? Back then, Ukraine used gas from this storage," he says. 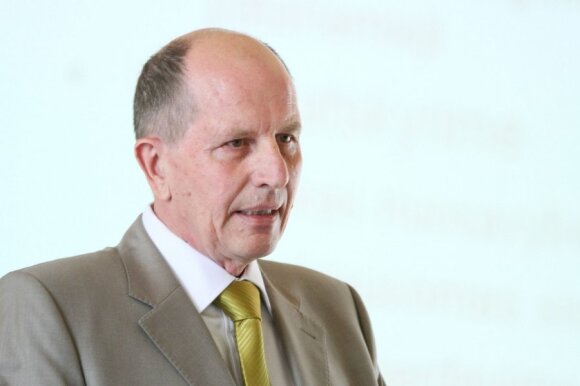 The facilities in west Ukraine can store up to 15-16 billion cubic metres of gas, enough to meet the entire country's needs for two or three months.

Gazprom cut gas supply to Ukraine following a debt row. Kiev has acknowledged it has been preparing for a cold winter without Gazprom gas - it was filling up the storage over the summer, sometimes failing to supply hot water to Kiev residents.

Poland's oil and gas company PGNiG announced on Thursday it saw a 45-percent drop in gas supply from Gazprom. According to Jankauskas, though, Poland is much better prepared to deal with such hitches than Lithuania.

The neighbouring country consumes 12-13 billion cubic metres of gas per year, whereas Lithuania, with a population less than one tenth of Poland's, uses up 2.7 billion.

"Poland consumes relatively little gas, because it uses its own coal for heating and produces about three billion cubic metres of gas domestically," he says.

Moreover, he adds, Poland's main gas artery is a pipeline that goes via Belarus, not Ukraine. "Besides, Poland has links with Germany and the Czech Republic. They are much more secure energetically than we are," the Lithuanian energy expert concludes.

Lithuania is currently building a gas link with Poland, but the project is still nowhere near finishing. 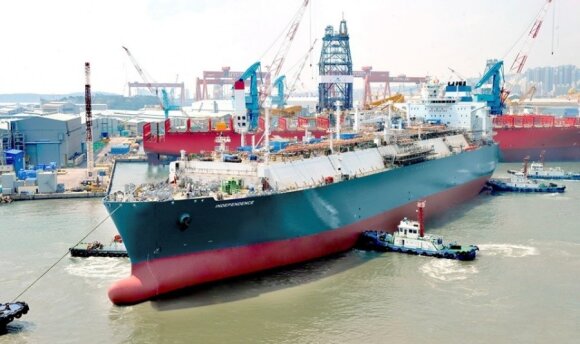 So what should Lithuania prepare for as winter approaches? "Independence," replies Jankauskas, referring to a floating storage and regasification unit which is currently on its way to Lithuania and should reach the newly-built LNG terminal in Klaipėda.

The new facility, which should start operations in the end of this year, is the crown jewel of the country's energy independence policy, aimed at securing alternatives for Gazprom-supplied Russian gas.

Before that happens, though, Lithuania must rely on a single pipeline that comes from Russia via Belarus.

"We have a big leverage in Kaliningrad Oblast [Russia's exclave region which is supplied with gas via the Lithuanian territory]. Moreover, we always pay our bills on time, so how can they find an excuse to cut supply?" Jankausas counters fears that Lithuania might be left without gas during the winter.

"There is a plan"

The Lithuanian government has put into place compulsory regulations aimed at preventing blackouts in case of a gas embargo. First, household suppliers must store up enough gas reserves to last 30 days. Industrial consumers are not obliged to keep gas reserve, but they must store 10-day-worth of mazut (oil fuel).

According to the Ministry of Energy, the country currently maintains a gas reserve of 33.7 million cubic metres. All of it is stored in Inčukalns underground facility, Latvia. According to the current contract, in case of an emergency, the stored gas should be supplied to Lithuania within three days.

"Interruptions of gas supply would pose no direct threat to heating or electricity provision, because energy producers must have a 10-day reserve. This would give enough time to institute rationing and ensure gas supply to protected consumers. Moreover, the consumers have time to find alternative fuel sources," spokeswoman of the Ministry of Energy told DELFI.

Observers have noted that, should there be gas supply interruptions during the winter, the most vulnerable cities would be Vilnius and Kaunas, since they predominantly use gas for heating. Meanwhile other Lithuanian towns have more diversified portfolios.

According to the Ministry of Energy, natural gas makes up 37 percent of total fuel consumption in the country. Gas is used to generate up to 51 percent of electricity and up to 68 percent of heating.

Poland and Slovakia have said gas supplies from Russia are down, as the EU prepares to impose new...

Lithuanian PM expects LNG terminal to be completed on schedule