BNS
aA
A quarter of trading venues inspected in Lithuania fail to ensure quarantine conditions, with small grocery stores being the major culprits, the country's State Food and Veterinary Service has found. 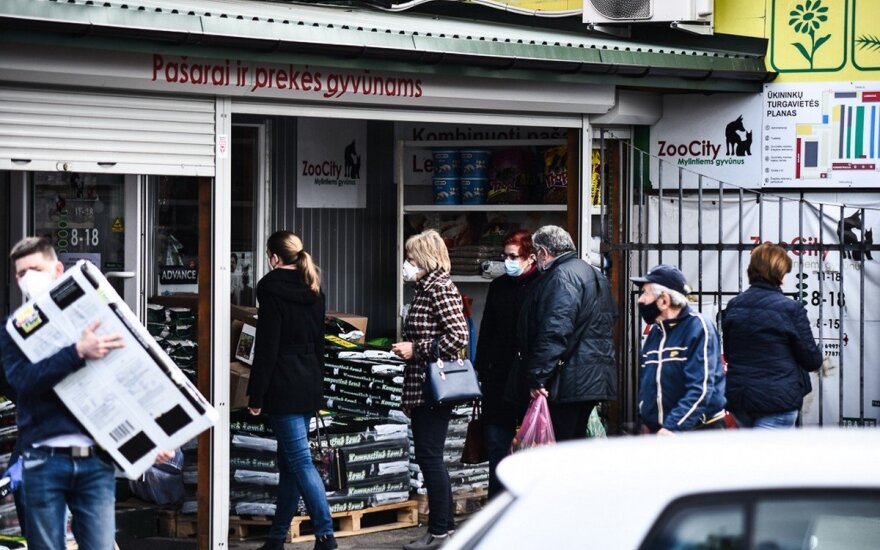 A total of 163 trading venues had been inspected by May 8 in Lithuania, Giedrius Surplys, the head of the group for informing the public on the coronavirus, said on Monday. Various grocery stores made three quarters of them. Major supermarkets made a fifth of the total and marketplaces accounted for the remaining 7 percent.

Geographically, the majority of violations were recorded in the areas of Marijampole and Alytus.

"In most cases, the violations included the failure to check staff members; temperature before opening the store. Also, there was no information at the entry to the trading venue, attracting visitors' attention to the need for personal hygiene," Surplys said.

Meanwhile, police officers produced 42 protocols on quarantine violations over the past weekend.

Veryga: some restrictions will remain even after quarantine is lifted (1)

Certain restrictions will remain even if the quarantine in Lithuania is lifted on May 11, the...

Seimas approved the aid after quarantine

The Seimas approved special aid and support measures for employees, the self-employed, people who lost...