Elta EN
aA
On Friday the Office of Prosecutor General of Lithuania launched a pre-trial investigation into the outbreak of African Swine Fever (ASF) in a farm in Ignalina district. The investigation will be carried out to learn if animals have not been infected on purpose. 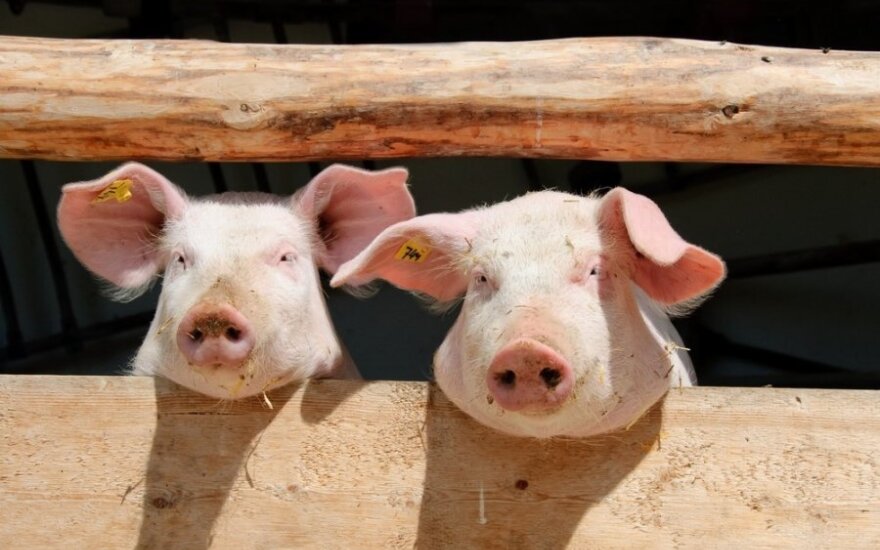 The decision to launch the investigation was made after receiving a statement from the chief of the State Food and Veterinary Service (VMVT), Jonas Milius. The statement says that the VMTV does not rule out the possibility of intentional infection and, as a result, requests to conduct an investigation into the case to find out how the virus entered the farm.

As reported, ASF has been found in one of the largest pig farms in Lithuania, owned by Danish company Idavang.

The pig farming complex kept 20,000 pigs, of which 10,000 were piglets under 3 months. All pigs kept in the complex will be culled. The livestock have been insured.

"It is strange, since this farm was exemplary in applying biosecurity measures. We brought in inspectors from the EU and Russia" said the head of the State Food and Veterinary Service.

The complex is located between two ASF outbreak areas, one of which is in Latvia, on the border with Lithuania, while the other one in the south-eastern part of Lithuania. The company has been applying the highest possible biosecurity measures to prevent ASF from entering the complex.

The African swine fever is a very dangerous, highly contagious viral disease that affects pigs and wild boars. It is not harmful to humans. In the event of contamination, all pigs within a designated area are to be put down in order to prevent even more losses from the disease.

Baltics and Poland to ask EU support in fighting ASF

Faced with a threat of African swine fever (ASF), the Lithuanian government plans to team up with...

Estonia 's veterinary authorities have announced a ban on pork imports from Lithuania following an...

After an outbreak of African swine fever in one of the largest pig farms in Lithuania, the Food and...