the Lithuania Tribune, Lzinios.lt
aA
A member of the Seimas' Liberal group has submitted a proposal calling for the liberalisation of language and naming rules for the formation of new companies, which would allow more companies to choose names with words from English or other widely used foreign languages. 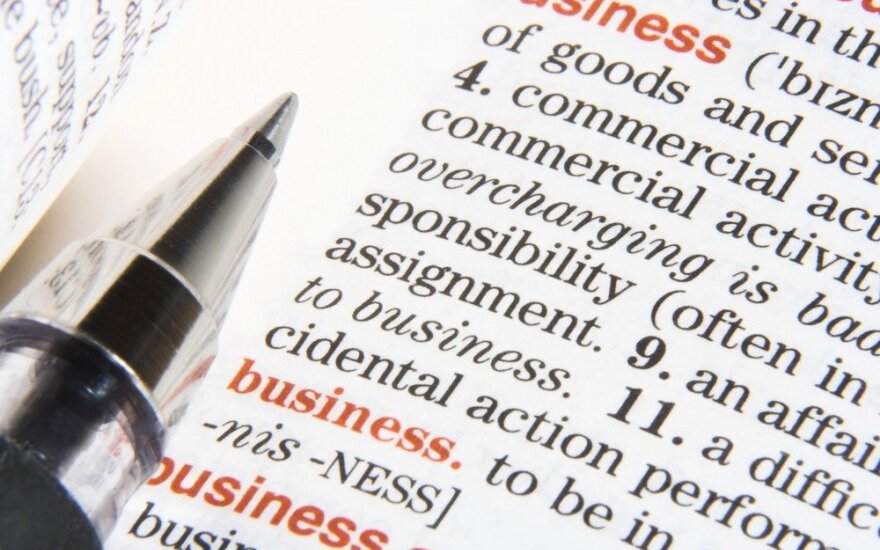 The proposal was submitted by Seimas member Šarūnas Gustainis, who believes that the regulation of company names, requiring them to be Lithuanian words, is too restrictive and harms the country’s business development.

A similar proposal was submitted two years ago by then-Seimas-member Remigijus Šimašius, who is currently the mayor of Vilnius. However, at the time, both the Government and the Seimas Committee on Legal Affairs rejected the proposal.

Gustainis also believes that there is only a small chance that the proposal would be passed. “I don't see a significant chance for this project in this session, in this Seimas term,” Gustainis told Lietuvos Žinios. According to him, the difference between his proposal and Šimašius' was that his was more narrow and would solve “the main problem that arises for Lithuanian businesses – the writing of English-language names.”

Gustainis explained his proposal by saying it's “absurd that you have to go to another country and register your company's name and only then return to Lithuania and use it legally.” He also pointed out that “business and trade relationships have assumed a global aspect and economic activities often cross countries' borders... Lithuanian-language company names are less recognisable and it's harder to use them, especially for foreign subjects, which reduces these companies' attractiveness as partners.”

According to deputy chief of the State Commission of the Lithuanian Language Juratė Palionytė, however, “the Lithuanian language isn't crippled” and has enough words to create names for businesses. She also pointed out that there were no requirements for international logos, which could be created in any language. “The brand's logo is the most important thing, and the name is less important, especially since made-up words can be used. In our opinion, the [Lithuanian] language has enough words to create names,” said Palionytė.