DELFI EN
aA
Currently, one of the most dynamic markets in the world is the Information Technology market. According to the business sector experts, this sector is now experiencing a golden age in Lithuania. The demand for IT specialists in Lithuania is constantly increasing, more and more students choose IT-related programmes in universities, companies provide conditions for specialists for further training and skill development, writes investlithuania.com. 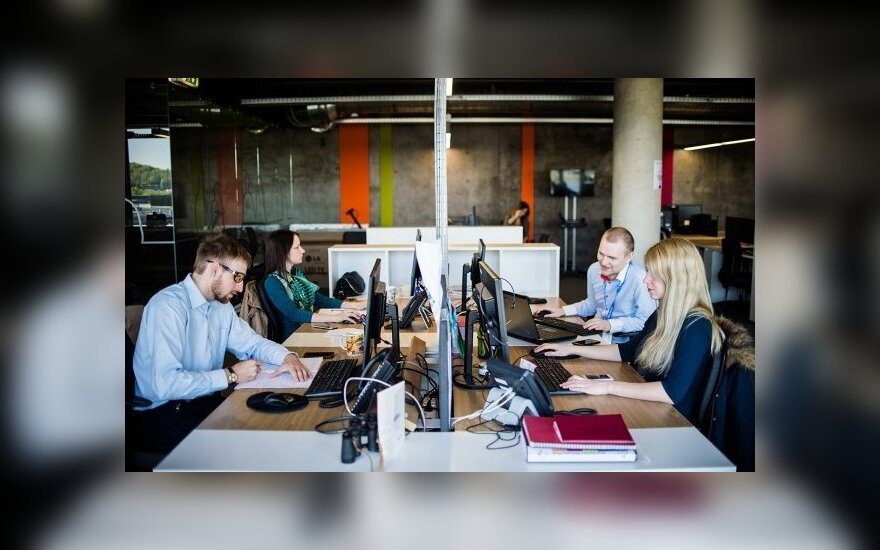 Hence, Lithuanian programmers showed that they are among the best in the world in this year’s international programming competition Google Code Jam.

Google Code Jam is an internationally recognized competition organized for the first time in California in 2003. The aim of the competition was to discover and attract the most talented programmers to work for Google. Each year it attracts programmers from all over the world who seek to solve complex algorithmic problems within a fixed amount of time. This year, more than 60,000 participants attended the competition. 109 Lithuanians were among them, twice as many as last year. Reckoning in the population size, this is the second best result in the world after Singapore.

According to Mantas Urbonas, the manager of Visma Lietuva, that provides software services for the Nordics, “such competition opens up opportunities for programmers to test their skills globally. For better preparation for this competition, the staff from Visma Lietuva and other IT companies shared their experiences and know-hows. “We will continue our initiative to attract more participants from Lithuania next year,” Urbonas ensured.

According to Vydūnas Trapinskas, an investment environment expert from Invest Lithuania, participation in such competitions is a perfect way to show investors the level and abundance of talent in Lithuania. “The Google programming event is attended by the world’s best programmers. The fact that by population size Lithuania achieved one of the best results only reaffirms the country’s potential. It is also a sign to other investors who can see where the concentration of the best talent is and where they can direct their investment,” Trapinskas said.

According to Urbonas, although it is well known that Lithuanians are excellent programmers, they need encouragement to prove their competences at the international events and improve Lithuania’s global rating. Google Code Jam reminds of a sports tournament with its rating system where a participant who has completed the task can immediately see his result and can compare it with those of others. “Both in sports and in the preparation for such competitions as Google Code Jam daily exercise is required. If you want to become the best, you must solve problems every day and go to the competition fully prepared,” Urbonas said. According to Urbonas, the market which improves, and changes daily motivates Lithuanian programmers to keep up with those changes by participating in various events and upskilling programmes.

Lithuania's media relations system Zen PR is set to expand into the Baltic and Scandinavian...

Germany's Homanit , which announced in early 2019 a 100-million-euro investment in a new wood...