BNS
aA
After en forcement of full ban on alcohol advertisement in Lithuania starting next year, producers intend to search for new ways of presenting their production to consumers, while local media, which generates a large share of income from such advertisement, has reconciled with the loss. 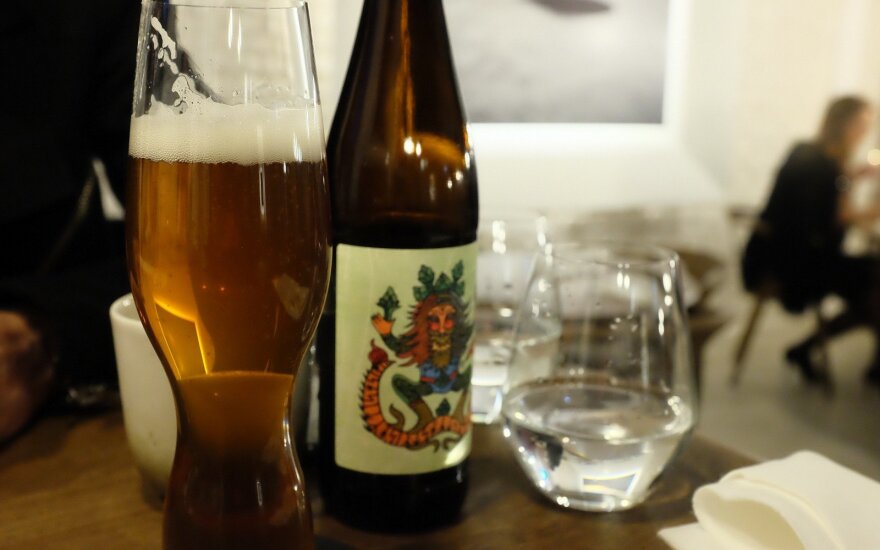 "The bans will deprive the media of about 3 percent of their advertisement revenue, this is about the share of alcohol advertisement costs in the media in January through August this year. The biggest losses will be incurred by outdoor advertisement agencies, creators of online banners and magazine publishers," Giedrė Juronienė, advertisement monitoring chief at Kantar TNS, told BNS Lithuania.

Vytautas Benokraitis, CEO of Delfi that operates delfi.lt news portal and magazines Moteris, Panele, Cosmopolitan, Tavo Vaikas and Tavo Namai, said alcohol advertisement made around 6 percent in the company, which was about 500,000 million euros per year.

"Covering the losses will be one of the biggest challenges for us and the rest of the media next year. As of today, we have no tangible sources of revenue for compensation of the loss," Benokraitis told BNS.

Tomas Balžekas, CEO of Media Bites company that publishes Laima, Ji and Edita magazines along with the portals zmones.lt, elaima.lt, ji24.lt and shopspy.lt, did not rule out registering the portals abroad where there are no bans on alcohol advertisement.

"The betting scenario could repeat – when legal entities are registered abroad and provide their services to the Lithuanian audience. For instance, an advertisement channel could be registered in Latvia that allows alcohol advertisement, while the media channel could accept the advertisement and nothing can be done here. But this is probably possible until the first interference and interpretation by institutions," said Balžekas.

Some market players consider using advertisement of non-alcoholic beer and wine to mitigate the losses, however, there are fears that market watchdogs could ban them due to similarity with alcoholic beverages.

"There will be a bigger focus on non-alcoholic beer, which will somewhat help the general image. (...) But if there are identical adds with a sign 'non-alcoholic', I think it will be easily banned," said Saulius Galadauskas, president of the Lithuanian Guild of Brewers, told BNS.

In early June, the Lithuanian parliament signed and the president endorsed controversial amendments to the Alcohol Control Law, which imposes a strict ban on alcohol trade, consumption and advertisement starting 2018. Any alcohol advertisement will be banned, except for information for alcohol specialists, names of alcohol companies and trademarks on their buildings and vehicles.

Lithuania's President Dalia Grybauskaitė has signed the amendments to the Alcohol Control Law ,...

The main target in war against alcohol was hidden

The sale of drinks with an alcohol content of up to 7.5 percent during free public events will not...