Elta EN
aA
President Dalia Grybauskaitė is attending the World Economic Forum in Davos, Switzerland, and is scheduled to meet with heads of Germany, Ukraine and Georgia. According to the president, major global companies like Google, Nasdaq as well as biotechnology and pharmaceutical company Thermo Fisher show interest in investing in Lithuania. 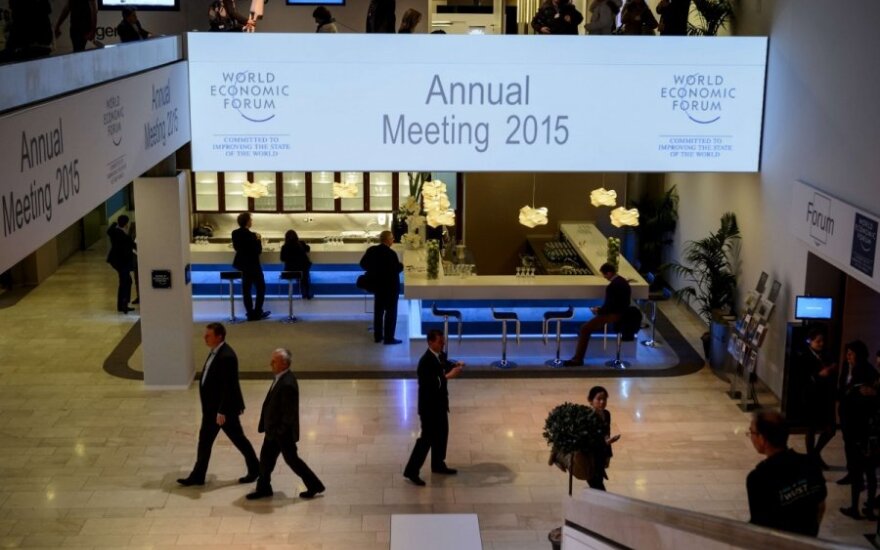 The president is also scheduled to meet with Secretary-General of the Organisation for Economic Co-operation and Development (OECD) Angel Gurria. Lithuania is striving to launch negotiations on the OECD membership already this year. Gurria has said that Lithuania is well prepared for the accession process.

"It is a crucial meeting for Lithuania during which we will discuss what has been accomplished and what else should be undertaken before the negotiations begin," the president told the national radio.

According to Grybauskaitė, Google is interested in investment opportunities and would like to open an office in Vilnius. Nasdaq is also planning to open its centre in Lithuania.

The president said that everyone is showing interest and is seeking to meet. According to her, additional tasks will probably take much time and energy but will be more fruitful and important than direct talks in one of discussion forums.

As reported, on Wednesday, 21 January, Grybauskaitė is participating in the World Economic Forum in Davos as one of the keynote speakers at the debate on the effect of geo-economics on energy.

The Lithuanian president's participation in the World Economic Forum in Davos is a sign of recognition of the country's achievements, an economist said on Wednesday.

"Lithuania could be a good example of how to deal with a massive economic crisis. We overcame the 2009-2010 economic crisis successfully, albeit not without losses," Gitanas Nausėda, advisor to the president of SEB Bankas, one of the country's largest banks, told LRT Radio.

Grybauskaitė on Wednesday gave a speech during a debate on the effect of geo-economics on energy and is to take part in a round-table discussion with energy companies' top executives, influential experts and analysts.

This is Grybauskaitė's first time in Davos. Her predecessor, Valdas Adamkus, attended the forum in the Swiss ski resort in 2001, 2008 and 2009.

Lithuania's President Dalia Grybauskaitė is leaving for the Swiss ski resort of Davos on Wednesday...