BNS
aA
With the National Agreement signed among the Lithuanian government, trade unions and employers on Monday features, the Cabinet made unilateral commitments to businesses, says presidential adviser Mindaugas Lingė, adding that businesses took on no major obligations. 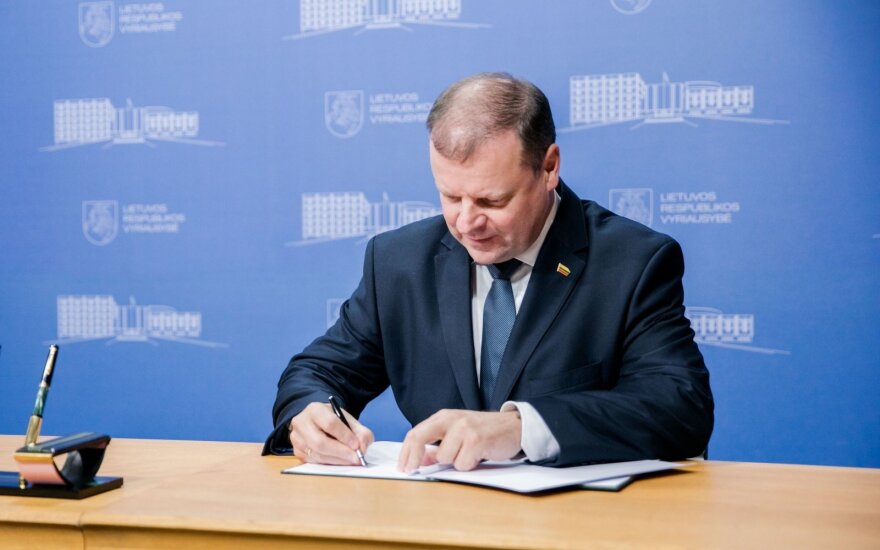 "Such agreement cannot be titled as a national agreement, it is the Tripartite Council's agreement including the government's unilateral commitments to businesses. The commitment not to raise the tax burden for businesses, to enhance the competitive environment and equal rights of private and public health care institutions," Lingė, senior adviser for domestic policies, told Žinių Radijas news radio on Tuesday morning.

In his words, the agreement is not binding for businesses, as salaries for employees are growing even without the pacts.

"The agreement is not binding for businesses, as increase of salaries is a result of other things, namely, economy, market, lack of labor force and competition. Even without such agreements, we see salaries growing more or less for all," said the presidential aide.

The government, business representatives and trade unions on Monday signed an agreement, stipulating the government's pledges to raise salaries, reduce taxes for labor force and promote signing of collective contracts. Furthermore, a separate agreement on salary increase is in the pipeline.

The government's efforts to talk to social partners and match different interests are welcome,...

Guenther Oettinger , the EU commissioner in charge of budget and human resources, is coming to...