BNS EN
aA
Lithuania should restrict access for electricity from the Astravyets nuclear power plant under construction in Belarus, Virgilijus Poderys, who has been named by the Peasant and Green Union, the winner of the parliamentary elections, as their candidate for energy ministry, said on Monday. 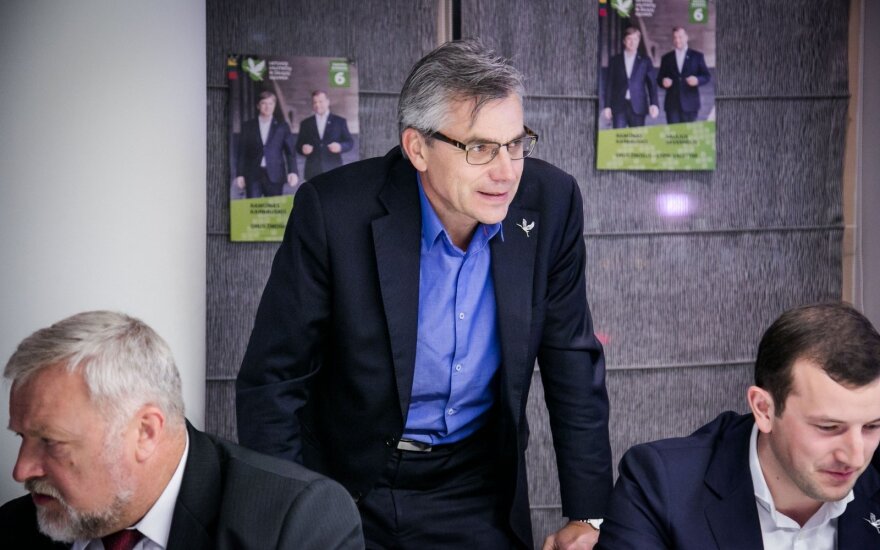 Poderys, a former head of the energy market regulator, the National Commission for Energy Control and Prices, and a former CEO of the state-owned energy holding company Epso-G, does not rule out using technical means to completely block access for electricity from the Astravyets plant to Lithuania.

However, he believes that, first of all, commercial restrictions should be imposed to prevent the plant's electricity from being traded on the power exchange.

"If we failed to stop the construction and if the construction continued the way we see it being done now, in an unsafe manner, then there are several things: denying access for commercial flows is a quick solution," Poderys, who is now the chief advisor at the regulatory authority, told BNS.

In Poderys' words, Lithuania should also consider additional charges for electricity from the East to ensure a level playing field for power produced in the EU and in Russia and Belarus.

"Another thing that would be possible is introducing an entry charge, because currently we are in an asymmetrical relationship with the Eastern market: they have access to our market, but we cannot enter theirs," Poderys said.

"Also, competitive conditions are not the same, due to both nuclear safety requirements and to the absence of emissions trading. Thus, a mechanism could be possibly put in place to level out these conditions," he said.

Poderys acknowledges that the planned synchronization of the Baltic electricity grids with the Western system will be among the most difficult projects. When asked how to give a boost to talks with Poland on joint strategic projects, he said that European support should help to do so.

"The very network development strategy is based on (the principle that) if you have strategic objectives, which are not commercial, you can apply for European money. What the European Union is doing now is trying to connect (networks) in a single system. This is what the CEF (Connecting Europe Facility) program is for, and our synchronization project ideally fits in," he said.

Poland currently limits the capacity of the LitPol Link power interconnection with Lithuania, citing technical problems as the reason. Poderys thinks that these problems will be resolved before the synchronization.

Poderys said that he knows too little about the idea of a second NordBalt interconnection with Sweden to comment on it. But he noted that it appears at first sight that such a project would be beneficial for consumers in that more cheap power would come from Sweden to the Baltic countries.

Foreign Minister Linas Linkevičius admits that Lithuania has so far failed to fully convince its...