BNS
The gas pipeline Nord Stream 2, which is projected on the bottom of the Baltic Sea, is in essence a political project and would cause major harm to Ukraine's economy, Lithuanian Prime Minister Saulius Skvernelis said during a visit in the country. 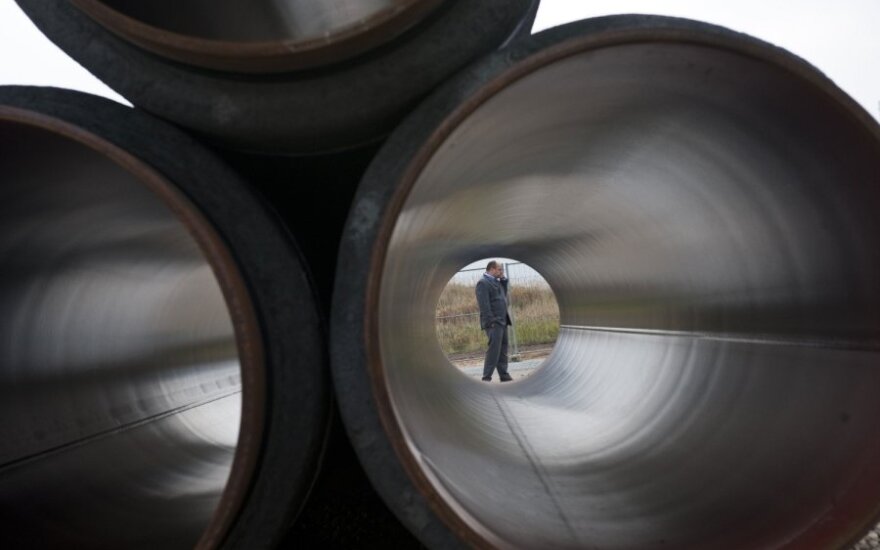 In his words, Ukraine's proposal to increase gas transit to Europe via its territory as an alternative should be supported.

"We spoke about Nord Stream. Ukraine is indeed grateful to Lithuania for the support, as the project, in my view, is not an economic project but rather a political project," Skvernelis told journalists after meeting with Ukraine's President Petro Poroshenko in Kiev on Thursday.

Asked about the Lithuanian stance on the Ukrainian proposals to raise the capacities of gas transit to Europe via its territory instead of Nord Stream 2, the Lithuanian PM expressed support to the alternative.

"If we were to speak about economis levers and economic interests, it is definitely a yes, without doubt. If we think that Ukraine should be fully supported as moving in the direction of Western democracy, it is the decision. Transit accounts for a large share of Ukraine's revenue, and the state has a debt (...). It is very important, and if there is the alternative Nord Stream 2 project, Ukraine will be one of the countries that will be affected the most," said Skvernelis.

Earlier in April, Ukraine's Poroshenko warned Germany over the consequences of supporting the plans to develop the Nord Stream project, suggesting to invest in modernization of Ukraine's gas transit corridor instead, as, in his words, it would cost less, Germany's Deutsche Welle said. In an interview to the German daily Handelsblatt, the Ukrainian president again dismissed Nord Stream 2 as a fully political Russian project.

Germany's Chancellor Angela Merkel later said she had taken consideration of the Ukrainian fears, emphasizing that the Ukrainian gas transit corridor had to be preserved.

Swiss-registered Nord Stream 2 said it had secured all the necessary permits in yet another country, Finland. The gas pipeline stretch in the exclusive economic zone of Finland will be 374 km long and be constructed 20 m from the Nord Stream 1 that is already operational.

At the end of March, Nord Stream 2 said it had secured all the necessary permits in Germany, expecting favorable conclusions from Russia, Sweden and Denmark in the coming months.

Russia's gas giant Gazprom is the only shareholder of Nord Stream 2, with partners including Germany's Wintershall and Uniper, Austria's OMV, France's Engie, Dutch Shell of Great Britain and the Netherlands.

Lithuania's Energy Minister Žygimantas Vaičiūnas is leaving for Ukraine on Thursday to meet...

Energy minister: There is hope that Nord Stream 2 won't be built

Lithuania's Energy Minister Žygimantas Vaičiūnas says he still has hope that the second line of...

The Nord Stream gas pipeline projected on the bottom of the Baltic Sea is an instrument of Russia...