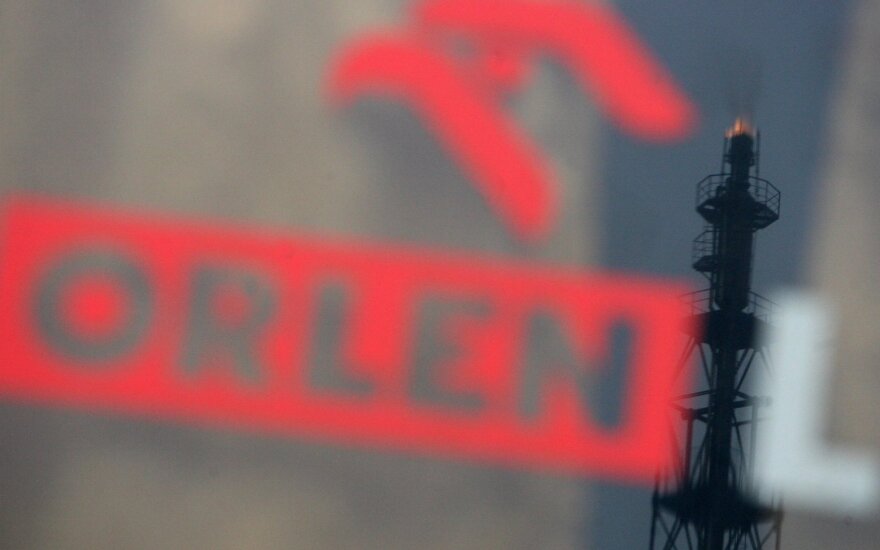 "As far as I was informed, and today we are going to discuss it, Poland plans to sharply increase shipments from the Mažeikiai plant by Lithuanian railways in the direction of Poland. We'll discuss the conditions," Skvernelis, on a visit to Poland, told BNS.

He is scheduled to meet with Daniel Obajtek, CEO of Poland's oil group Orlen, in Krynica later in the day.

Skvernelis and Obajtek will discuss progress in implementing a cooperation declaration signed by the Lithuanian government and the Polish group last March.

According to the document, Orlen will invest in the Mažeikiai refinery and will not cut jobs, and the government, on its part, will review Public Service Obligation (PSO) tariffs for the company and will look at possibilities for building a product pipeline to Klaipėda.

Skvernelis said that the product pipeline project can and has to be developed.

"There are still details as to the product pipeline that need to be worked out, such as how possible losses by Lietuvos Geležinkeliai (Lithuanian Railways) will be compensated for," the Lithuanian prime minister said.

"To my knowledge, Lietuvos Gelezinkeliai and PKN Orlen and Orlen Lietuva have been holding successful talks. There can be various compensation mechanisms," he said.

Poland raised the idea of building a product pipeline between Mažeikiai and the port of Klaipėda, through which Orlen Lietuva exports a considerable part of its products, back in 2006, when Orlen purchased the refinery, which was then named Mažeikių Nafta (Mažeikiai Oil).

Orlen Lietuva, which was going through the worst time in its history in 2013 and 2014, suspended the project in the summer of 2014, saying that it had not received support from Lithuania's authorities.

Lithuania is open to common positions with Poland – PM

Lithuania is open to the solution of all issues and coordination of positions with Poland ,...