BNS
aA
Lithuanian Prime Minister Saulius Skvernelis says that the minimum wage will grow moderately next year and will not have an adverse effect on the country's competitiveness. 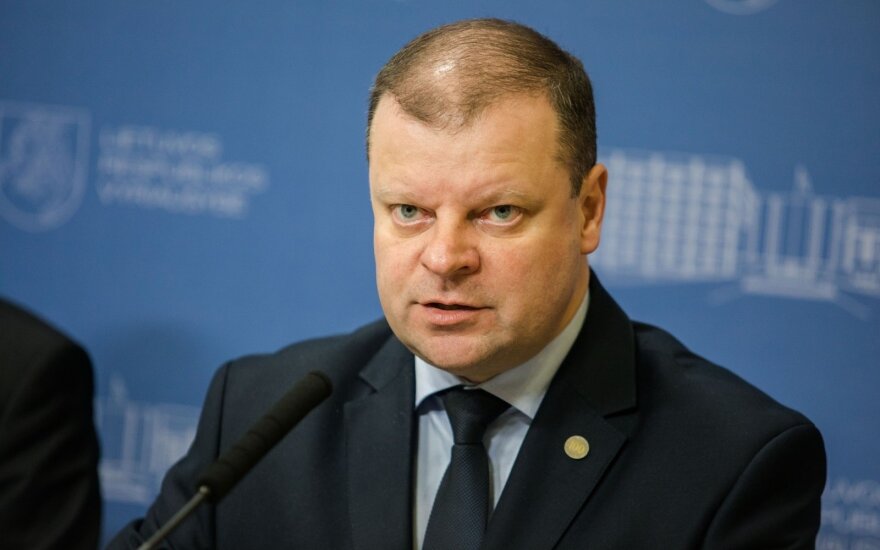 "Speaking about the minimum wage growth, it will increase consistently by around 5 percent. This is really a consistent growth compared with previous years," Skvernelis said on LRT Radio on Tuesday morning.

"We have agreed at the Tripartite Council that this would not be a political decision and that the minimum wage would be tied to the average wage and would not exceed 50 percent (of the average wage). We will now reach that limit, which will be in line with the indicators of most countries," the prime minister said.

"Thus, I really don't see any threat here," he added.

The Tripartite Council brings together the government, employers and trade unions.

An International Monetary Fund (IMF) mission that concluded its visit to Vilnius on Monday warned the Lithuanian government that further minimum wage increases might undermine the country's competitiveness.

The fund's experts recommended that "the emphasis should be on rebalancing taxes away from labor towards capital and wealth, and on improving compliance".

The government last month decided to increase the minimum monthly wage by 20 euros to 400 euros next January. The minimum wage was last raised to 380 euros last July.

Wage growth calculated – who was most fortunate?

Lithuania's minimum monthly salary will be raised by more than 10 euros next January, from the current...