BNS
aA
Lithuanian Prime Minister Saulius Skvernelis said on Wednesday that he does not rule out cutting the VAT rate for basic food products, but added that any such proposal must benefit consumers, not just retailers. 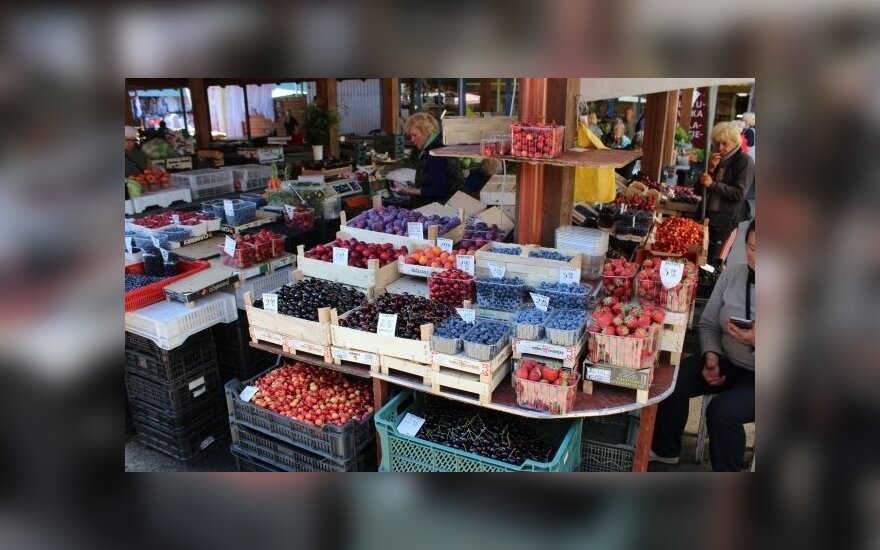 "The government is considering various measures to help ensure a decrease in food prices and not only food prices. Any decisions must be well weighed and assessed, and the main aim is to ensure that it is consumers, not retail stores or others, who benefit not only in the short term, but also in the long run," he said in a comment forwarded to BNS by his spokesman Tomas Beržinskas.

Skvernelis' comment came after Viktoras Pranckietis, the speaker of the Seimas, told Žinių Radijas earlier in the day that the VAT rate for basic food products, such as bread, meat and milk, could be reduced in an effort to bring down or stabilize prices.

Related articles
So how much does it cost to get your child ready for school this year?
Gitanas Nausėda: We have lost our compass

The speaker told BNS later that he would submit such a proposal to the government for consideration.

The government has so far blocked any moves to cut the VAT rate for one or another food product group. Both the Finance Ministry and Skvernelis have said repeatedly that such a measure would reduce budget revenue, but would not ensure lower prices for consumers.

The Social Democrats proposed in the summer of 2017 to reduce the VAT rate for bread, dairy products and vegetables, but the prime minister then said that such a cut would only benefit retailers. He has said on more than one occasion that retailers' appetites can only be controlled through increasing competition.

All food products in Lithuania are currently subject to the standard VAT rate of 21 percent, which has been in place since the fall of 2009.

The recent significant drop in the value of the Turkish lira promises cheaper goods for consumers in...

Lithuania's Financial Crime Investigation Service (FNTT) has busted a group of Lithuanian and...