BNS
aA
Lithuanian Prime Minister Saulius Skvernelis on Thursday once again reiterated his government's position that the anti-pollution plan, drafted by the Ministry of Environment, would not reach the government in its existing form. 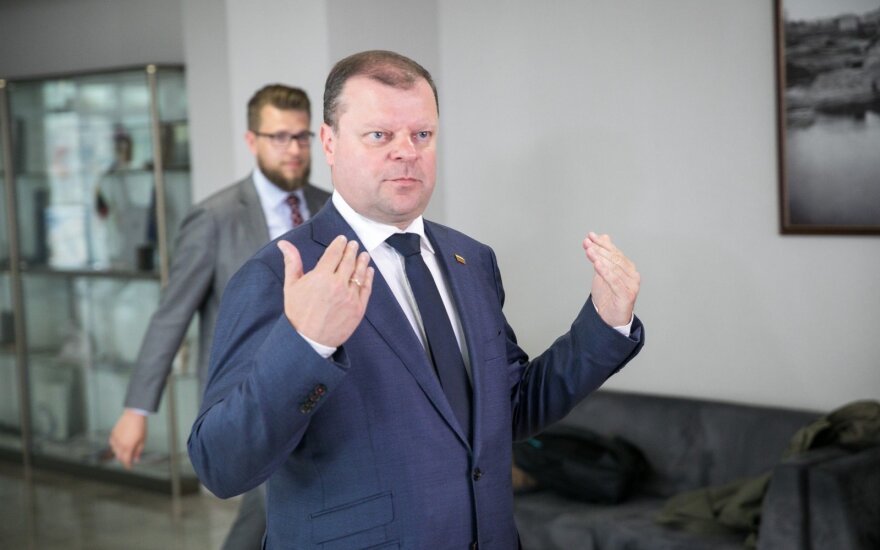 "The plan is very weak and lacks evidence, real vision and real political backing. The environment minister knew that, he new the government's position. (…) It has not even theoretical chances to reach the government in that shape the bill is submitted," Skvernelis told journalists.

He acknowledged the pollution problem, adding, however, that the solutions proposed in the plan "are debatable, to put it mildly".

Environment Minister Navickas is on vacation is not available for comment.

Skvernelis also reiterated the government's position Thursday that a universal car tax in Lithuania is not on the table now. In his words, planned measures to encourage people to choose less polluting cars will be discussed in the fall.

Earlier this week, the Ministry of Environment registered an anti-pollution plan until 2030, stipulating that 254 million euros might be needed to implement all the anti-pollution measures defined in the plan, with the main focus put on the transport sector.

Lithuanian Prime Minister Saulius Skvernelis says that his government does not plan to introduce a...

Lithuania's government plans to encourage major cities to restrict movement of diesel cars as of 2020...

The Lithuanian government may take decisions on a car tax in the fall in an effort to tackle the...

The Lithuanian government does not propose to increase the taxation of real estate, at least not for...