BNS
aA
Gazprom’s decision to sell its Lithuanian assets could be due to the German energy group E.ON’s exit and the EU Third Energy package requirements, Prime Minister Algirdas Butkevičius said on Tuesday, adding that the Russian group’s withdrawal means that Lithuania will be the first of the three Baltic countries to unbundle the gas sector. 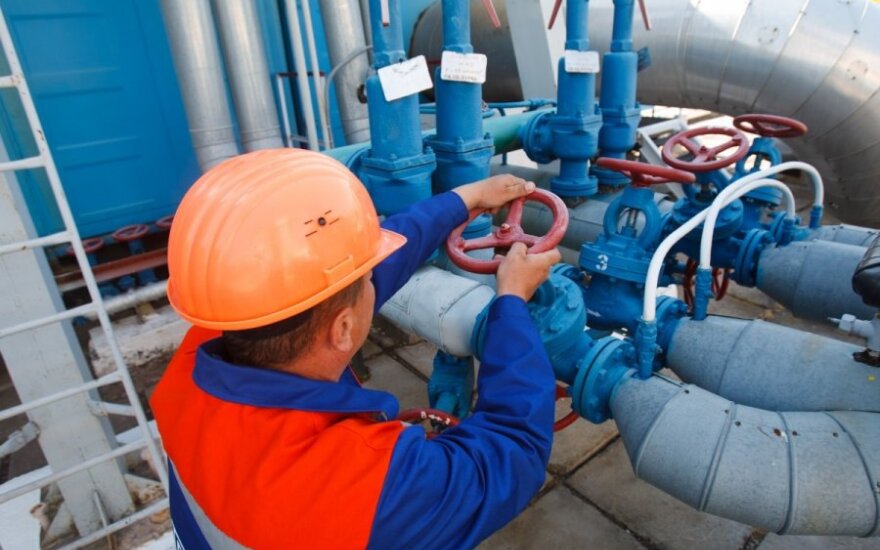 “I think that Gazprom made the decision to sell the shares because E.ON had made its decision. Another very important aspect is that we have already implemented the Third Energy Package, which says that if other foreign companies hold shares in Amber Grid, these companies cannot participate in the management of the company. Perhaps this aspect was very important as well,” he said on LRT Radio.

Gazprom’s exit from the transmission grid operator Amber Grid and the gas distribution and supply company Lietuvos Dujos (Lithuanian Gas) means that Lithuania will be the first of the three Baltic countries to fulfil the Third Energy requirements to unbundle the ownership of gas transmission, supply and distribution assets.

Related articles
Opinion: Standing up to Gazprom. What Ukraine can learn from Lithuania

“The sale of their shares allows us to say with confidence that we will implement the Third Energy Package and that Lithuania will be the first Baltic country to do so,” he said.

Romas Švedas, a former Lithuanian deputy energy minister and now an independent consultant, also thinks that Lithuania is well on its way to fully implementing the Third Energy Package.

“This will be the first time that these legal norms will be implemented in respect of one of the largest and influential companies, Gazprom. This is good and this means that there will be more market and more transparency in the gas sector,” he told the business daily Verslo Zinios.

On the other hand, the sale of Gazprom’s assets does not mean that Russia is abandoning its influence and other instruments of power in Lithuania. Therefore, the country’s politicians should remain vigilant, Švedas said.

“The very fact that we are now discussing relations between Gazprom and Lithuania and not those between our economic entities, tells us a great deal. Gazprom has been and will probably remain a political instrument of the Russian government, rather than a commercial company,” he said.

Lithuanian Energy Minister Jaroslav Neverovič has said that having taken over control of Lietuvos Dujos and Amber Grid from Gazprom and its partner, Germany’s E.ON, Lithuania will have a gas sector based on market principles.

Gazprom this week sold its holdings in Lietuvos Dujos and Amber Grid for a total of 417.1 million litas (EUR 121 mln). Including around 390 million litas recently paid to E.ON for its stakes, the state will have paid a total 807 million litas for the shares in the two companies.

In line with the Third Energy Package requirements, Gazprom was to divest its stake either in Lietuvos Dujos or Amber Grid by the end of October, or withdraw from the management of one of the companies.

As part of the reorganization, which initially met with vehement opposition from Gazprom, Lietuvos Dujos’ gas transmission functions were spun off into Amber Grid, a newly-established company, last year and its gas distribution functions will be spun off into a subsidiary company, to be named Dujų Skirstymo Operatorius (Gas Distribution Operator), by next October. Lietuvos Dujos will retain the gas supply functions.

Following the acquisition of Gazprom’s 37.1 percent stakes in the two companies, the state will indirectly hold 96.63 percent of shares in Lietuvos Dujos and 96.56 percent in Amber Grid.

As Russia wields its gas weapon against Ukraine, it has cut its price to Lithuania. How did that...