(1)
BNS
aA
Tobacco producers criticize plans to introduce more restrictions in Lithuania, announced by the Ministry of Health, and say the government fails to evaluate their implementation. Moreover, some of the proposals have proved ineffective in the world. 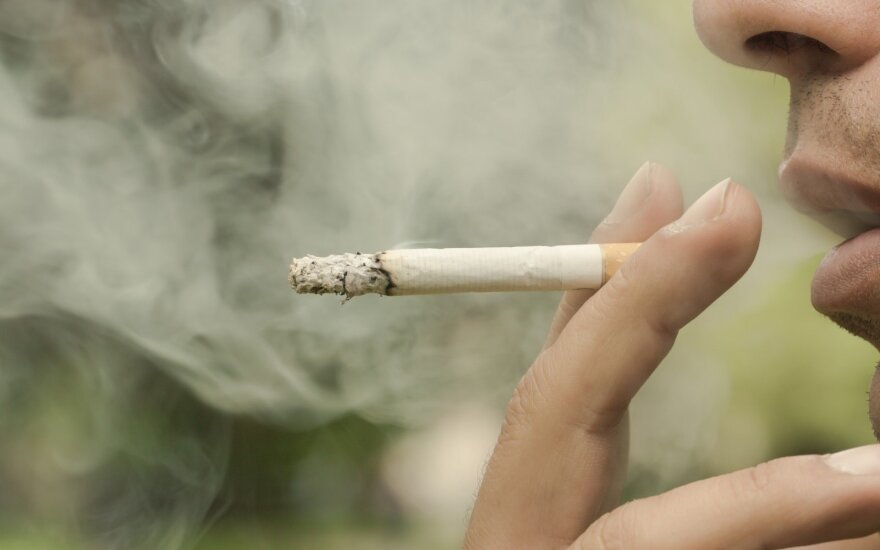 Arnas Neverauskas, executive director of the National Association of Tobacco Producers, slammed plans to introduce plain cigarette packaging as of November, 2020. In his words, such an initiative amounts to the nationalization of tobacco producers' brands.

"It’s a dangerous signal for foreign investors from a country positioning itself as a liberal economy," he said.

Neverauskas is also critical of the plans to restrict direct sale of tobacco products as of November, 2019.

"Such a proposal fails to take into account capabilities of businesses, especially small and medium ones, to prepare for that, potential financial and organizational difficulties such new regulations will cause," he said.

The amendments to the Law on the Control of Tobacco, Tobacco Products and Related Products have been drafted by the Ministry of Health in cooperation with other institutions.

Under these amendments, plain cigarette packaging will be introduced in November, 2022 and it will only feature the name of the company and product in a state-approved standard type and color, and any logo elements or signs will be banned.

Under the proposed amendments, the display of cigarettes and other tobacco products in retail outlets, except for specialized shops and sections, will banned as of November, 2019. Shops will be allowed to only show their names and prices. Sellers will also be banned from announcing any promotions.

Non-smoking zones would also be expanded as of November, 2019. People will be banned from smoking in outdoor cafes, balconies, terraces and galleries, closed bus shelters, on beaches, at children playgrounds.

Now in Lithuania, smoking is banned in all educational and social institutions, closed working areas, except for special smoking zones, residential premises where non-smokers would be forced to inhale tobacco smoke, restaurants, cafes, burs, clubs, discos, internet cafes and other recreational premises, except for specialized cigar and pipe clubs.

People are also banned from smoking inside vehicles with under-18s and pregnant women among passengers.

Share of contraband cigarettes down slightly in Lithuania – survey

The contraband cigarettes market in Lithuania has shrunk this year, standing at 17.7 percent, and the...

One Lithuanian resident bought 1,202 illegal cigarettes on average (over 60 packs) last year, down 6.4...

The Lithuanian government backed on Thursday the government's proposal to raise excise tax rates for...

The 2017 growth of the amount of illicit tobacco products in Lithuania was the biggest over the past...