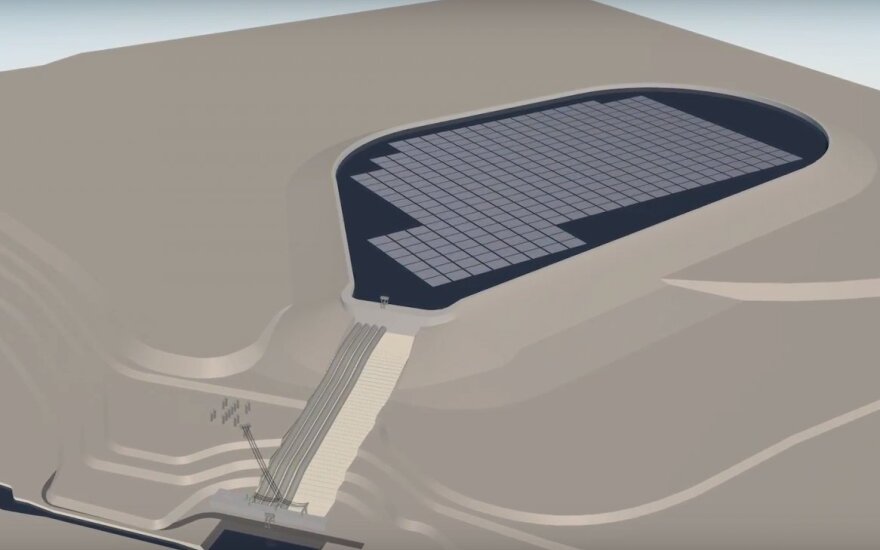 LBSA together with the Ministry of the Economy and Innovation have decided to fund the project after considering 139 applications, 91 of which received grants. The floating solar power plant project has been rated among the best applications.

Lietuvos energijos gamyba is developing the project together with the scientists from Kaunas University of Technology (KTU).

„Successful start of the pilot solar power plant project in Kruonis PSHP is a good indicator that, as a state-owned enterprise, we really managed to get ahead in terms of innovation. Being the first of its kind in the region, this project provides us with a great possibility to become a leader in renewable energy technologies and promote Lithuania in the international R&D community", says Dominykas Tučkus, Development and Infrastructure Director at Lietuvos Energija Group.

Today, around 400 PSHPs globally do not make any additional use of their water reservoirs. The professor of the Electrical and Electronics Engineering Faculty at the KTU Saulius Gudžius agrees that the solar power project in Kruonis PSHP is indeed unique.

„As Bill Gates once told, if he had to choose his future career now, he would go for artificial intelligence, energy or biosciences, the three spheres he considers to have the biggest impact to the World. With the floating solar power plant project, we aim to combine the first two spheres – new energy solutions and digital technologies, developing an algorithm to manage the system of energy production. This experimental solution should make a significant contribution both in terms of creating a sustainable energy system and promoting technological competitiveness of the country", tells professor S. Gudžius.

During the primary stage of the project, Lietuvos Energijos Gamyba and KTU plan to install an experimental (60 kW) solar power plant in the upper-reservoir of the Kruonis PSHP and to develop an algorithm for managing the power plant and energy storage system. The algorithm will take into account constantly registered network and other physical parameters of the Kruonis PSHP.

The primary stage of the project is scheduled to be completed by the end of 2021.

In the future, the floating photovoltaic solar power plant could use the whole upper-reservoir of the Kruonis PSHP, covering more than 300 hectares. The structure resistant to ice and waves will also be designed to adjust to water-level variations. Combined with the battery energy storage systems, a technology like this would allow Lietuvos Energijos Gamyba to provide reliable FCR and primary reserve services. This will be of key-importance for Lithuania before and after 2025, when the country joins the continental European grid.

„Having evaluated the results of the pilot project, we will assess the idea of covering the whole 300 ha upper-reservoir of Kruonis PSHP with the floating solar power units. The full-size power plant could reach approx. 200-250 MW, twice as much as the current capacity of the Kaunas Algirdas Brazauskas' hydropower plant. In case of success, this project would bring added value for the shareholders of Lietuvos Energijos Gamyba and foster the development of renewable energy in Lithuania, tripling the existing country's solar power capacity", says Darius Kucinas, deputy CEO and Director of Production at Lietuvos Energijos Gamyba.

According to initial calculations, covering the whole Kruonis PSHP's upper reservoir with the floating solar power modules would result in a power plant generating enough electricity to supply more than 120k households yearly.

The floating solar power plant project is a part of the Lietuvos Energija Innovation Hub's Open Culture and Partnerships initiative. The initiative acts as a space that enables Group's employees to act on innovative solutions and attracts potential ideas from the outside sources through hackathons and other ideation events.

Commenting on Minsk's statement that negotiations are underway with neighbors on the supply of...

Lietuvos Energija , one of the largest state-owned energy companies in the Baltic States, announces...