DELFI EN
The Emergency Call Centre received a phone call on Wednesday from a woman claiming there was a bomb placed underneath the floating LNG terminal in the seaport of Klaipėda, west Lithuania. Emergency services were alerted immediately and people evacuated from the embankment. No explosives were found. 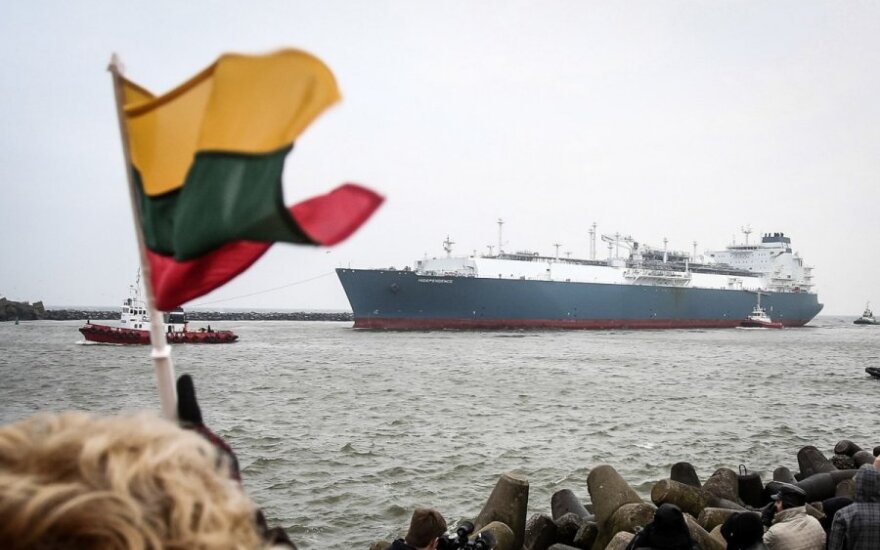 In order to provide full access to the site for emergency services, the port of Klaipėda temporarily restricted navigation in the southern part of the harbour.

"We have handed over the handling of the situation to Extreme Situations Operation Centre of the Klaipėda Seaport Authority," said Indrė Milinienė, spokeswoman for Klaipėdos Nafta, the company operating the LNG terminal. "Regasification process has been stopped, response to the call was immediate, people have been evacuated."

Divers were inspecting the vessel below water, looking for possible explosives.

The floating LNG unit, the Independence, docked at Klaipėda last November. As a facility of national startegic importance, it is guarded around the clock by the Public Security Service. It carries out surveillance above and below water.

Meanwhile, the police reported in the afternoon that no explosives had been found and the security operation had been called off.

The police also say the woman who made the call about the bomb has been identified and detained.

Lithuanian PM: Outsiders have no access to LNG facility

Outsiders have no access to the territory of the liquefied natural gas (LNG) terminal in the Lithuanian port of Klaipėda, Prime Minister has said in comments about a bomb hoax call.

“This terminal has triple security, it’s guarded very tightly. After hearing the first reports about such a call, I thought it was a hoax since it is physically impossible for outsiders to enter the territory of this facility,” Algirdas Butkevičius told reporters after the government’s meeting.

According to the minister, around 30 people are now guarding the terminal and their number might rise to up to 50.

The liquefied natural gas terminal in Lithuania's western port of Klaipėda is properly guarded, the...