Over half of Lithuanians stashing large amounts of money at home

LT Daily
aA
Many Lithuanians are still keeping large amounts of money at home rather than lodging it in a bank, according to a new survey. 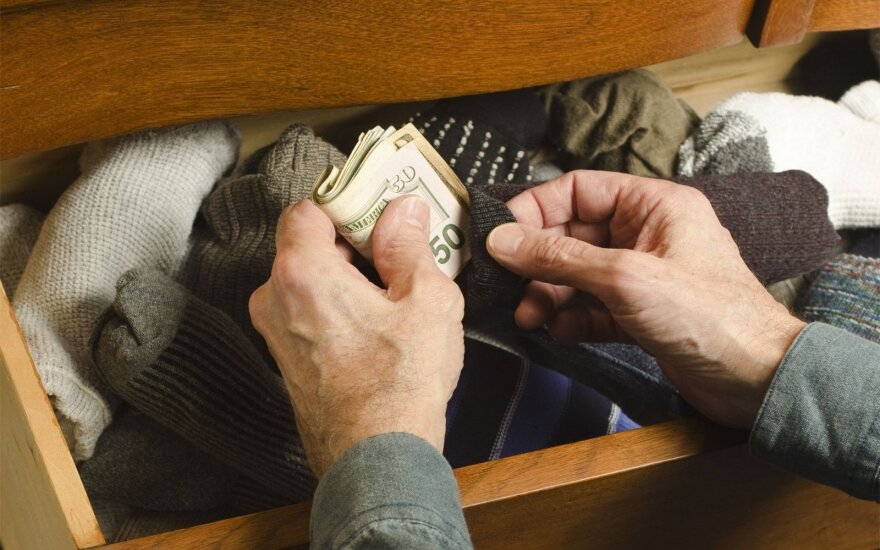 The survey by insurance company BTA and Spinter Tyrimai found that elderly people were most likely to stash money at home, especially in remote towns and villages.

However, this left them vulnerable to thieves and scams. BTA advised people not to leave windows or balcony doors open unattended or to leave the key to their house or apartment under the mat.

It said that good relationships with neighbours also played a key role in stopping burglaries with neighbours likely to notice any suspicious activity when people were away from their homes.

Related articles
Card or cash? Half of Lithuanians prefer cards

It also advised people to never leave valuables in their car, even when they were parked outside houses or apartments, and to try to park vehicles in a safe well-lit area.

The insurance company said it was highly inadvisable for people to keep significant amounts of money at home and that they should use banks or other financial institutions to store their savings securely.

Fifty-one percent of Lithuanians use their bank card more frequently than cash to pay for goods...