BNS EN
aA
Reform of the social model is vital, Lithuania's Prime Minister Algirdas Butkevičius restated a few times at the final meeting of the 2012-2016 parliament on Thursday. 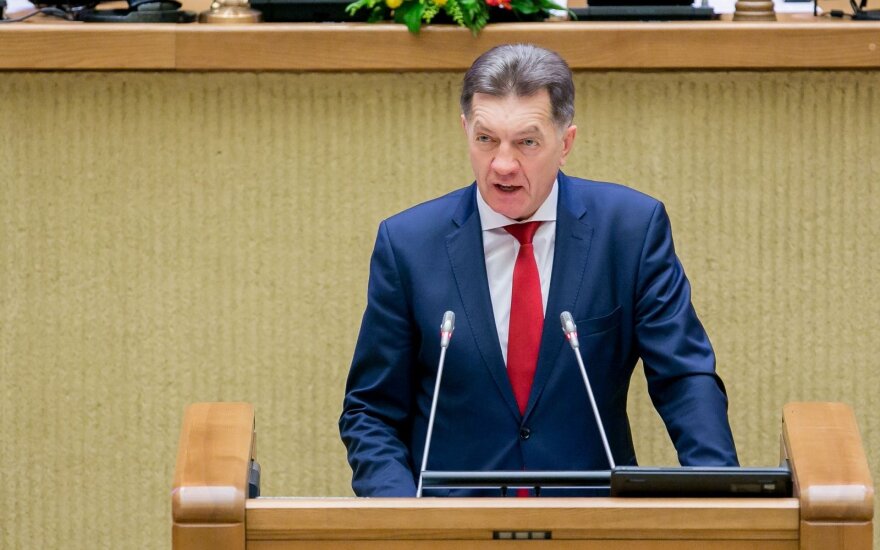 "The social model that has been prepared is an in-depth structural reform, which is an investment in the perspective of Lithuania's economic and social well-being. I stick to my opinion – the reform is vital to attract investors and pave way for new jobs, which are not created by the administration but by successful businesses, to ensure faster rise of wages, to facilitate stronger social guarantees and eliminate social exclusion, to ensure better equality of income," said the outgoing PM.

He expressed regret over the ardent resistance to the planned changes, with discussions lasting all the way to the October elections. "If we want new investments, which a number of parties pledged to promote in their election campaigns, the reform of labor and social relations is inevitable," Butkevičius said, adding he expected more support at the parliament.

"I will say openly – I expected a more modern stance of trade unions and more political support in the Seimas. It was this ruling coalition that undertook the reform, which is vital for Lithuania's economy and its competition and highly vulnerable in the social sense. I would like to thank coalition partners here, as well as the opposition Liberal group, which fully supported the restructuring," the prime minister told the parliament.

The Peasant and Green Union, which will head the future government, has announced plans to postpone the enforcement of the new Labour Code and the social model, which were both adopted towards the end of the 2012-2016 parliamentary term.

The new parliament is scheduled to convene in its first meeting next Monday.