Orlen Lietuva: Till death do us part

Andrius Matuliauskas | IQ
aA
Mažeikiai oil refinery has never been a plum company for the Polish oil refiner PKN Orlen. Now, the situation has gone so sour officials are talking of bankruptcy. 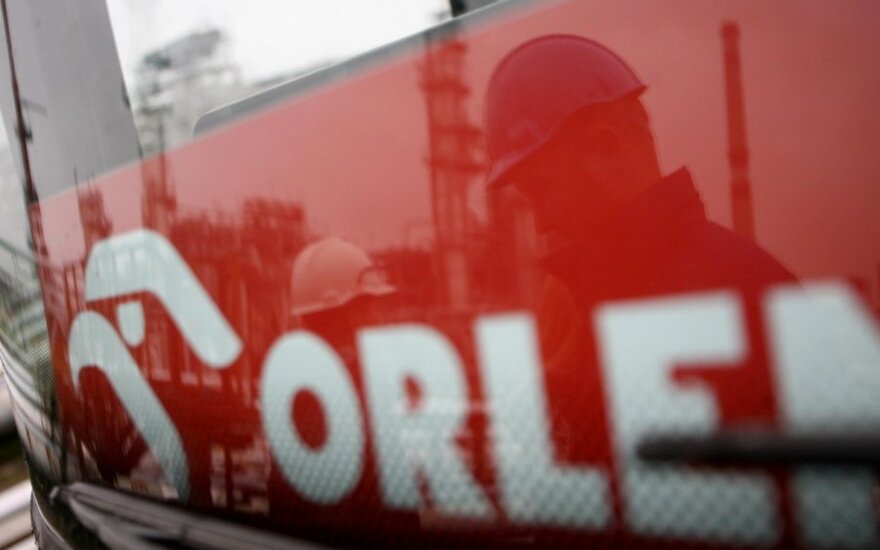 Recent news reports could leave you with the impression that all the trouble that Orlen Lietuva is facing stems from the state-run rail company Lietuvos Geležinkeliai (Lithuanian Railways), adamantly resisting any negotiations on the application of more favourable rates for oil product transportation by rail.

Orlen Lietuva representatives have expressed their wishes in full detail in a letter sent to Prime Minister Algirdas Butkevičius. In the letter to the PM, the company reportedly asked for a cutback of approximately 16% in the current rail tariffs, amounting to around LTL 35 million.

Officials at Lietuvos Geležinkeliai, however, have another explanation of the conflict. As the state-run company’s press officer Vidmantas Gudas told in an interview with the magazine IQ, Orlen Lietuva requested equal tariffs with those applied to oil product transportation by Belarusian companies, regardless of the fact that the array of services provided to it is wider.

Although Lietuvos Geležinkeliai asked Orlen Lietuva to file an official request for the application of equal tariffs and terms of transportation as those offered to Belarusians, representatives of the oil refinery failed to do that. Instead, the state-run company received a new list of requests and requirements, which, if put into practice, would have called for around LTL 100 million, according to the company’s estimates. Since the total value of the services provided to the Mažeikiai-based company totalled around LTL 230 million last year, clearly the satisfaction of such requirements without incurring losses would be hardly imaginable.

Lietuvos Geležinkeliai offered the refinery a discount on the tariff of around LTL 30 million. Orlen Lietuva insisted that such an offer was not a discount but rather an agreement of keeping the price of transportation unchanged, as from the beginning of this year the Government raised the price of hazardous cargo transportation.

“The state-controlled company suggested discounting 13% from the higher tariff and publicly announced it as a LTL 30 million discount per year. However, we are expecting a discount on the benchmark tariff, which would be calculated by reference to the prices of 2013. It is difficult to seriously consider the proposal when the tariffs are first raised and then the discount is offered,” Ireneusz Fąfara, the director general of Orlen Lietuva, said.

It must be noted that the agreement between Lietuvos Geležinkeliai and Orlen Lietuva was signed in 2009 when the oil refinery was already controlled by the Polish oil refiner PKN Orlen. The duration of the agreement is 15 years.

Orlen Lietuva operating results for the previous year suggest that the tariff of cargo transportation by rail is by far not the main reason behind the company’s woes. Even if cargo was transported by rail free of charge, the company’s balance would still be in the red.

The Mažeikiai-based company’s operating results for the past 15 years show that only the Russians had managed to employ the formula of success in the company. The refinery posted the highest profit in its history in 2003-2005, when it was run by the Russian oil company Yukos. After taking over the loss-making refinery from the Americans at the end of 2002, the Russians turned around the company from hundreds of millions in losses to more than LTL 800 million profit in just a few years. 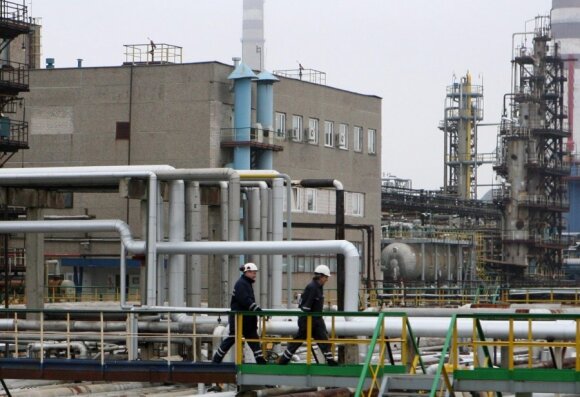 PKN Orlen acquired the refinery for over USD 2.6 billion and, together with the investment made, the Poles spent a total of over USD 3.4 billion (around LTL 8.5 billion) on the refinery. However, already by 2006, the company’s profit was down to LTL 197 million, a tendency that drove the company to losses in 2009-2011.

And just when there was a spark of hope that the company finally made its way to a possible turnaround with earnings posted in 2012, it swung back to losses in 2013. Results of the past eight years show a negative outcome of around LTL 57 million in losses. Considering the investment, the company was expected to generate an annual profit of at least LTL 700 million to LTL 800 million.

The Russian formula of success can really be broken down to a very simple explanation, namely, the Druzhba oil pipeline, allowing crude oil to reach Mažeikiai on more favourable terms, and a different oil market. In the past few years a global increase in new oil refineries focused on exports has been observed. The demand for conventional oil products contracted significantly in the US after its major energy resource consumers shifted to domestic shale gas. “Such conditions produce a long-term pressure on margins, while the prospects of the oil product markets remain gloomy,” admitted Mr Fąfara.

In search for a solution

The head of the Mažeikiai-based company confirmed to the IQ that the Polish refiner PKN Orlen is currently examining the future of its Lithuanian subsidiary and keeping all the options on the table.

Meanwhile, Orlen Lietuva is putting all its hopes in support from the government and business partners. The company assures it is aware that in some cases the latter may have to surrender a part of the profit but such a decision could prove far-sighted, given that such arrangements would ensure the continuity of the refinery’s operation.

First and foremost, the Government of Lithuania is expected to assist in talks with Lietuvos Geležinkeliai. Such a request is reasonable and is likely to receive backing. And yet, the tariffs will not be reduced to an extent where it would prove detrimental to Lietuvos Geležinkeliai. Otherwise, the state-run company would shoulder yet another social function financed from taxpayers’ pockets.

Any other type of government assistance to Orlen Lietuva as a business entity would be totally out of the question. According to Karolis Kačerauskas, associate lawyer at law firm LAWIN, both assistance and tax incentives provided may be seen as a breach of the rules of government support and draw the attention of the European Commission.

In the worst case scenario Lithuania would lose one of the country’s biggest companies. True, on a national level the bankruptcy of the refinery would not cause a major inconvenience because fuel could be imported from other countries, while tax-wise the national budget would not incur a significant loss. Yet, it would definitely inflict a heavy blow on Mažeikiai, the town where the refinery operates, as it would lead to a remarkable increase in unemployment and would harm the overall living standards in the region. For PKN Orlen the company’s bankruptcy could be strategically more convenient as compared to the sale of the company to a Russian investor or reorganising its operation.

IQ has analysed four possible scenarios of the company's future. The two most likely ones are the company continuing its balancing act on the brink of bankruptcy or going under.

The company will manage to come to an agreement with Lietuvos Geležinkeliai on lower tariffs, thus optimizing its operations. It is quite unlikely, though, that the refinery will ever achieve results worthy of the Polish company's investment. The refinery will face new challenges as time goes by, having to deal with adverse environment in the global oil market and therefore relying on assistance from the government or business partners.

Should the owners decide to close down the refinery, 1,500 employees would be made redundant. Several thousand more will lose jobs in other areas. Companies doing business with Orlen Lietuva would forego some LTL 1.2 billion in commissions a year. The Social Insurance Fund (SoDra) would not get LTL 40 million in social insurance contributions, but otherwise the state budget would not suffer much, since imported oil products would take the place of those produced by Orlen Lietuva, equally subject to excise duties and VAT.

Several years ago, IQ reported on a possibility of selling Orlen Lietuva to Russian investors. The speculations have proved unlikely and selling options have since become even worse. Orlen would be forced to sell the refinery for much less now. Moreover, such a step would mean inviting a direct competitor into the regional market which is hard-pressed as it is.

The only option with any promise is to change the company's direction and remodel it for oil chemical production. Global demand for innovative chemical products is on the rise, offering significant potential for development. Such an option, however, would require substantial investment, staff training. Dumping several billion litas into a company that has only been making losses might be something that Poland's PKN Orlen is not ready for.

The management of Orlen Lietuva (Orlen Lithuania) and the oil company's trade union on Friday reached...

Liberal MP: Government must step in to save ORLEN Lietuva (1)

If there is ever a threat of the oil refinery in Mažeikiai closing down, the government must urgently...

The effects of negative macroeconomic climate for oil refining sector and the results of tests for...

Responding to public information about further activities and difficulties experienced by oil refinery...