BNS
The management of Orlen Lietuva (Orlen Lithuania) and the oil company's trade union on Friday reached an agreement on the key items of the collective agreement, which will stipulate that workers of the oil refinery will be rewarded for performance, but the incentives will also be tied to the performance of the company as a whole. 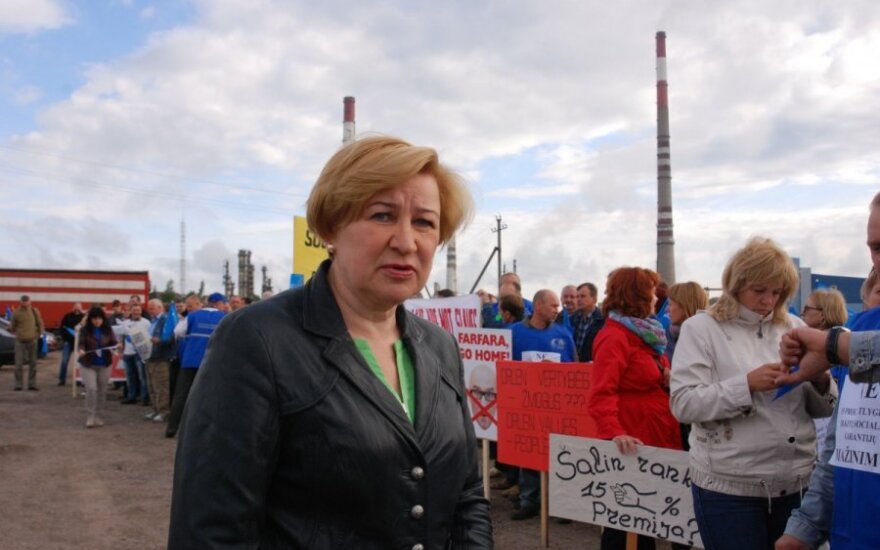 “The 15-percent bonus will remain in place but, according to the plans, it will be split into two parts: 7 percent will be paid if the company achieves its EBITDA target and the remaining 8 percent will be tied to worker's performance,” trade union chairwoman Virginija Vilimienė told BNS.

The conciliation commission, which discussed the aspects of the collective agreement, completed its work on Friday, she said, adding that it would take some time to draft, agree and sign the deal.

“We undertook to draft the collective agreement by 8 August. Then we will discuss it with all workers. After that, we will hold a conference where the delegates elected by workers will vote on the draft. There are still quite a few procedures ahead,” Vilimienė told BNS.

The conciliation commission worked from 9 July to 1 August.

The previous collective agreement was terminated with effect from 13 July after the signing of the memorandum of disagreement, initiated by the administration of Orlen Lietuva, on 12 July.

Orlen Lietuva employs a workforce of about 1,400, including some 500 workers who are members of the trade union.

Liberal MP: Government must step in to save ORLEN Lietuva (1)

If there is ever a threat of the oil refinery in Mažeikiai closing down, the government must urgently...

The effects of negative macroeconomic climate for oil refining sector and the results of tests for...

Responding to public information about further activities and difficulties experienced by oil refinery...