Elta EN
aA
After the second reading of the draft state budget, leader of the Seimas opposition Andrius Kubilius criticised the governing parties for their "trite attitude" towards the findings of the National Audit Office and the European Commission. 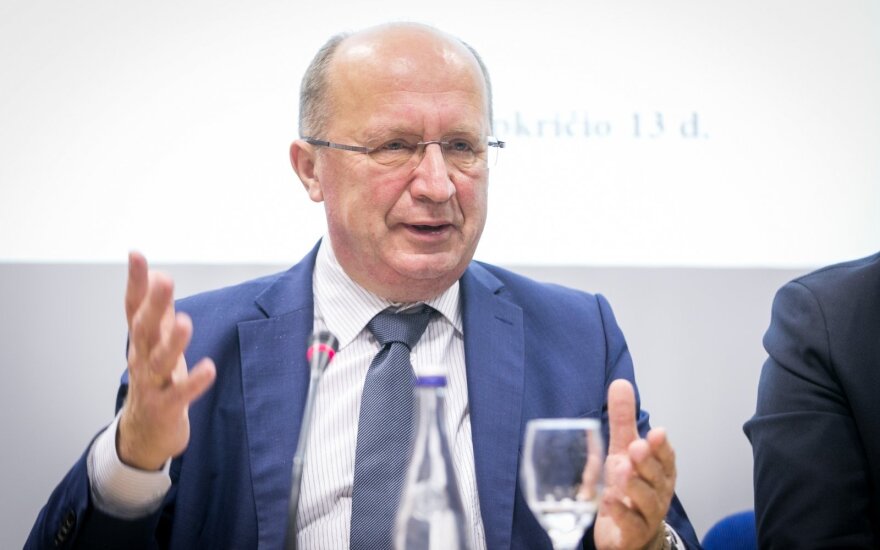 "We have not seen efforts to balance the budget for several years now, despite the fact that the economic crisis seems to have been overcome and economy is growing. The problem has been clearly identified by the National Audit Office, which carried out the audit of the 2016 budget based on the Law on Fiscal Discipline, and, even more importantly, by the European Commission (EC). Both institutions have urged to reduce the deficit to half a percent of GDP. However, as we know, in the next year's budget the Government would like to leave the deficit of over 1 percent. One can only regret that the finance minister is deflecting when answering about the EC's amendments, and is not looking for ways to actually implement the Commission's call," said MP Kubilius.

According to MP Kubilius, the EC stated in its conclusions that certain actions of the Government are raising deficit by half percent of GDP with elections approaching.

"I am surprised by such a trite attitude towards very serious matters, serious challenges for Lithuania. I believe the Government is making a huge mistake by turning a blind eye on the EC's remarks and declaratively saying they will not be taken into consideration. Such a standpoint is very risky and harmful. Lithuania may lose its reputation of a country which reliably deals with its finances, which would mean that we will have to borrow more expensively in international markets. I can only regret and reiterate that the majority of the Seimas refused to propose to the Government to take into consideration the findings of the National Audit Office and the European Commission," stated MP Kubilius.

The leader of the Seimas opposition had proposed, following the Seimas Statute, to send the 2016 draft state budget back to the Government for improvement. However, the majority of the Seimas voted against the proposal.

As reported, the Seimas supported the draft budget in the second reading and its adoption is scheduled for 10 December.

The Seimas, the Parliament of Lithuania, has rejected the initiative to introduce progressive taxation.

The Eurogroup , which has discussed the European Commission 's (EC) recent assessments of 2016 Draft...

Seimas speaker not worried about budget warnings from EC

The European Commission published its assessment of budgetary plans submitted to it by eurozone...