(1)
aA
A segment of Rail Baltica between Kaunas and the Polish border is officially opening on Friday. The Lithuanian prime minister says it is now up to Poland to upgrade its network so that transportation of cargo and passengers on the railway can begin. 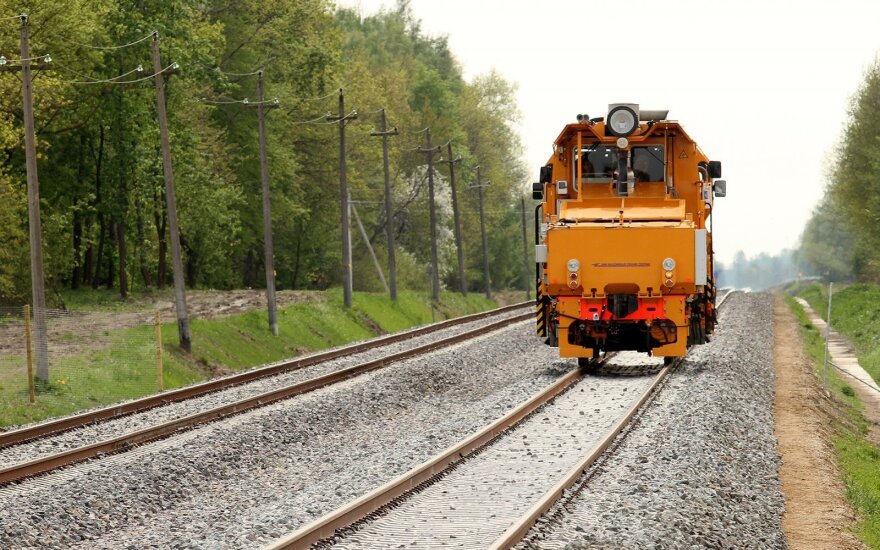 The Rail Baltica project, worth some EUR 300m, is meant to link Poland and the Baltic states with a European-gauge railway network running from Warsaw to Helsinki in Finland.

The railway networks of the Baltic states have been built using the Russian standard gauge which is wider than the one used in Western Europe. Rail Baltica will enable better travelling times and easier interconnections with Poland and the rest of the European Union.

PM Butkevičius said cargi and passenger transportation services on the new segment could begin as soon as Poland finishes reconstruction works on its side of the border.

"Rail Baltica has finally advanced from talks to something tangible. The next stage will have to be in logistics. In this area, we will have to work closely with Poland, since we think that Poland must reconstruct the railroad between Bialystok and the Lithuanian border as soon as possible, as speeds are very low on this segment," Butkevičius tols journalists on Friday morning, after meeting EU Commissioner Bulc in Vilnius.

He said he had asked Bulc to encourage Poland to invest into the railway segment.

Lithuania's Kauno Tiltai AB, the largest transportation infrastructure company in the Baltics, and...