DELFI EN
aA
The office becomes an important tool to attract employees and is now not just the work premises, but a place for socializing and entertainment. Developers in the Baltic States will also have to take this into account, if they want to continue to successfully operate in this business, warned an experienced representative of the industry, Eastnine CEO Ķestutis Sasnauskas, on the real estate forum Baltic Real Estate Leaders (BREL) held in Riga. 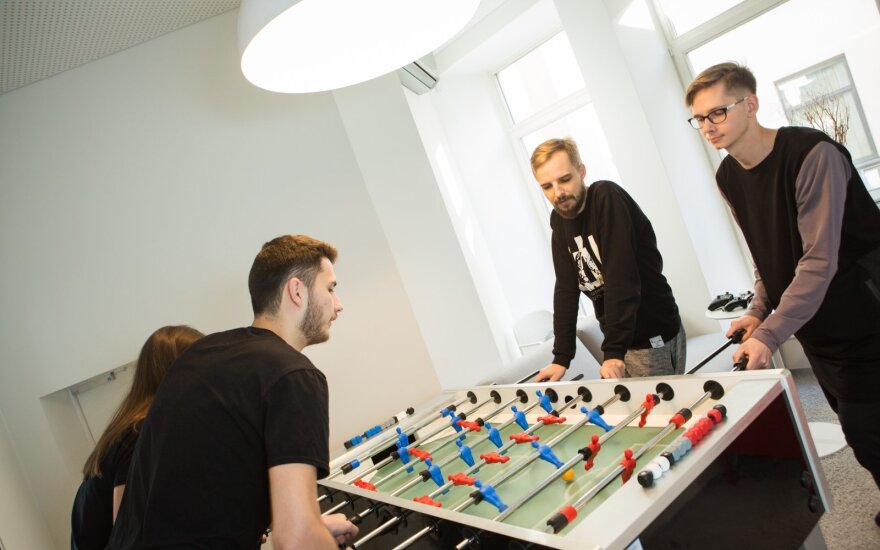 The industry of leasing commercial premises is greatly influenced by entry of the new generation into the labour market and their getting to leadership positions. In childhood, these people were entertained more than their parents and grandparents, therefore, in work they expect the opportunity not only to work, but also to have a good time. To meet the labour force requirements, company offices from outskirts will return to city centres, where there is more active social life, and the very working space will not be as important as the offer of additional services. Building owners also need to reckon with shorter rental agreements, as tenants want flexible conditions and perceive the premises as a service, rather than a permanent home, told Ķ. Sasnauskas at the conference. This means that the lessors of premises will have to work actively on attraction of customers, to try to cater to their desires, receiving less money in response, because time of easy profit is over, the organizers of the forum write in a press release.

In turn, the international company Gensler sustainability evangelist Kirsten Ritchie emphasizes that the buildings of the next generation should play a significant role in stopping climate changes and promoting healthy lifestyle. This will require not only building energy-efficient and environment-friendly structures, but also deliberately planning the use of the premises, for the cities to not grow up into huge monsters, where the road to work will take several hours.

Currently most advanced buildings constructed as the offices of the world’s richest companies are environment-friendly, can provide themselves with electric power and heating, as well as encourage people to move using layout of premises and placement of stairs. In the future more and more buildings, including residential houses, will be built this way, said K. Ritchie. To obtain electric power and heating, photovoltaic panels built in the walls and roofs will be increasingly used, radiators will be replaced by heated floors heating the room more effectively, and a variety of smart technologies will take care of minimum consumption of water and other resources. Even now various buildings designed by Gensler use more than 1,500 different sensors changing the temperature and light brightness in the room, determining the number of people and accordingly automatically adapting the heating or air-cooling systems. Buildings with large glass windows will widely use self-tinting windows responding to the power of sunlight and preventing it from blinding the office workers, while ensuring optimal penetration of natural light into the room.

The environment improvements will contribute to more productive work. For example, studies show that natural air in the office increases efficiency of work by 11%, in turn, bringing the nature by 50% increase the ability of workers to solve problems creatively.

Speaking about the future of the working environment, the experts pointed out that it will experience fundamental changes already in the next decade. The workplace will become diverse and multifunctional, and own workplace will gradually disappear. Workers will move around the room and work to solve the corresponding task in the most suitable place – in co-creativity room for implementing common projects, in a closed booth for conference calls or intensive work, in multi-purpose room for events. Specialized meeting rooms will be replaced by a more informal environment – cafes or lounges with a pleasant, relaxing atmosphere. Work places in co-creation areas will no longer be separated by walls to facilitate communication between the workers. It has been noted that operational efficiency in such office type, where these principles are already used, increased 2.5 times.

Since 70% of the world’s population will live in cities and towns by the middle of the century, it is now critically important to use all office buildings as efficiently as possible, so that as many people as possible can work in them. Otherwise, the cities will expand rapidly, causing new challenges to logistics and therefore global warming.

There have been other inspirational lecturers that gave speeches at the BREL forum, e.g. Spacescape CEO Alexander Stale told about the values of the urban environment of the future in Northern Europe, Colliers San Francisco Vice President Anna Natunewicz analysed the next generation of consumers, and the Empathic Building founder Tomi Teikko turned to one of the globally most pressing subjects at the moment – how the digital world is changing the real estate business.

Applying the latest in machine learning , data automation and cloud-based technologies, Beyond...

In recent years the average vacancy rate for offices in Vilnius has been about 3 percent, one of...