OECD rep: "Winner takes it all" ideology not suitable for Lithuania

(1)
BNS
aA
Income inequality is increasingly evident in Lithuania, therefore, it should not follow the ideology "winner takes it all," says Michael Forster of the Organization for Economic Cooperation and Development. In his words, the impoverished part of the society will be pushed to exclusion even further in the long run. 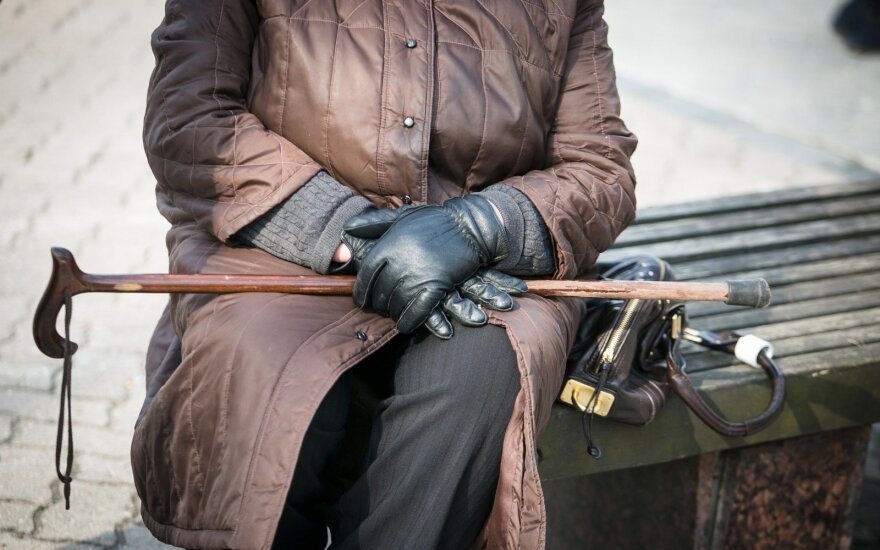 During a visit in Vilnius, Forster, the p rincipal administrator of the OECD Social Policy Division, told BNS that inequality of income also meant inequality of opportunities – children of poorer families have fewer chances of acquiring good education and breaking the circle. However, this can be changed by way of tax instruments and changes of social and labor policy.

Related articles
A.Krupavičius: if this continues, then Lithuanian people will walk away
Lithuania updates OECD on membership progress  (1)

Forster: It's the recent trend because over the last 25 years Lithuania underwent many many structural changes, but you are right, since the recovery 2010 more or less you have a very steep increase and disparity between rich and poor incomes. In Lithuania, the case is that this is mostly due to the upper and not lower part this recent development. Meaning, because you can have increase in inequality where the poor gets poorer, the rich gets richer, both happens in most OECD countries. But in Lithuania it is mostly the rich drifting away. This has to do with returns and policies in place.

BNS: How do you suggest the economic policies could be changed?

Forster: One of the big issues, as I understand, that Lithuania, despite the recovery, lost quite a few young people moving abroad, to attract them back or to avoid that this trend continues. You need to get not only the situation with wages attractive, meet even high wages, but also the household incomes. Household incomes are much more than wages, household incomes also defined for the additions of other household members, but also taxes paid and transfers received. Internationally speaking, in OECD context, but also in European context, Lithuania has very low tax rate and second – a very low social spending. In Lithuania, the social spending is a bit over 14 percent, in OECD it is 21-22 percent, EU average is even higher.

The current tax structure is not progressive in a way to sufficiently redistribute between rich and poor. So you have a flat tax in Lithuania at 15 percent, other countries had this too, other countries changed it, for example Latvia and Slovakia. I think it is necessary to have more progressiveness in Lithuanian income taxes. It also needs transfers and, very importantly, policies aimed at labor markets, to get people better wages.

BNS: So you would not say that survival of the fittest or winner takes it all approach is the correct for society?

Forster: For those who can survive maybe yes. But on the general level, in a very short term – perhaps, but you always need to think in not only one year, but mid- or even-long term: next generation, your kids. And also investment of your own capacities, human capital. What we found in one of our studies that for education outcomes if you come from privileged background, you have better privileges than if you come from the lower or middle background. What we also found that it's also a function of inequality in a country. For the top and the middle, this doesn't change, they always have higher outcomes. But for the people from disadvantaged families, it makes a lot of difference, if they grow in rather equal country, or unequal country, which is one of the reasons why inequality of outcomes is linked to inequality of opportunities.

According to Eurostat, Lithuania's income inequality is one of the biggest in the European Union and continues widening. In 2012, the gap between the 20 percent of people with highest and lowest income differed by a factor of five but soared to factor of seven in 2016. the EU's average is 5 times.

Furthermore, one in five Lithuanian residents live in poverty, including a large share of employed individuals with low income, as well as unemployed persons and pensioners, the central Bank of Lithuania said.

A.Krupavičius: if this continues, then Lithuanian people will walk away

Lithuania presented its progress on implementation of the recommendations for membership in the...

Lithuania's Prime Minister Saulius Skvernelis intends to present the government's report to the...