BNS
aA
Amid the declining population, Lithuania should tackle demographic problems and ensure quality of jobs, says the Organization for Economic Cooperation and Development the country aims to join. 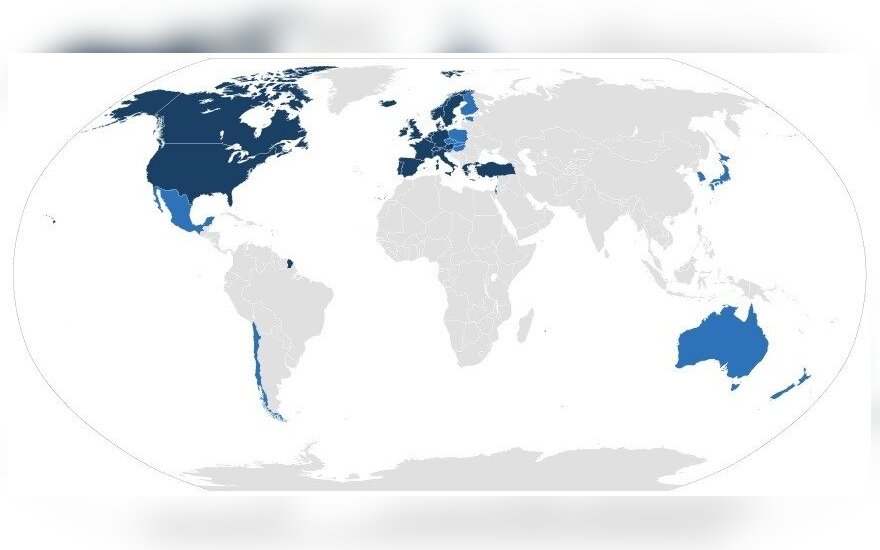 Members of the Organization for Economic Cooperation and Development

"Lithuania is recovering strongly from the economic crisis. Lithuania is back to pre-crisis period so now the focus should be on tackling problems of quality of jobs, of income inequality and also demographic challenges," Stefano Scarpetta, director for employment, labor and social affairs at the OECD, told a Vilnius news conference on Thursday.

According to calculations by OECD experts, Lithuania's population has been shrinking by 1 percent every year in the past years, with people emigrating for better-paid jobs. Forecasts suggest that the share of the working age population will decline by 9 percent by 2020 and by further 20 percent over the next decade, OECD said in a press release.

According to the report, the difference between salaries in Lithuania and other European nations is shrinking too slow to give hope for a drop in emigration in the future.

Furthermore, OSCE said the income inequality remained high, and there has been virtually no improvement in the living standards of the most impoverished households over the past year.

Informally titled as the club of the world's wealthy nations, OECD currently includes 35 countries with a high level of economic development. Lithuania was invited to initiate the OECD accession process in June of 2015.

Lithuania is ranked by the Organization for Economic Cooperation and Development (OECD) among the...

Lithuanian Prime Minister Saulius Skvernelis is confident that the country's special services will...

Lithuania may be invited to OECD in May – formin

Lithuania' expects to be invited to join the Organization for Economic Cooperation and Development...

OECD to decide on Lithuania's accession next April - daily

The Organization for Economic Cooperation and Development (OECD) will next spring decide whether or...