BNS
aA
The chief financial officer of Novatek, Russia's largest private gas company, says the company operates transparently and is reliable and known to Lithuanian companies and some of them have already imported gas from the Vysotsk LNG terminal in the Baltic Sea. 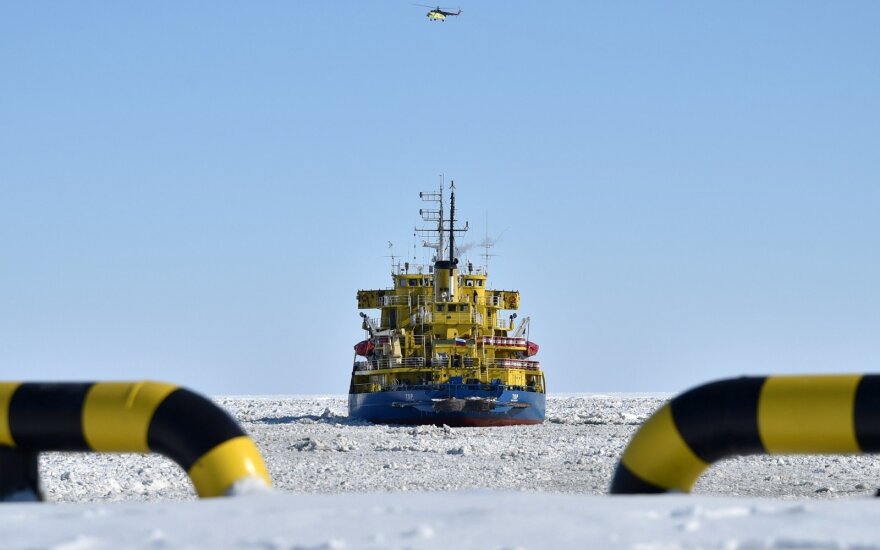 Speaking with BNS Lithuania in Vilnius on Wednesday, Mark Gyetvay said the decision to put Novatek on the US sanction list several years was incomprehensible but it has no impact on the company's business and it should not affect its cooperation with Lithuanian companies.

"If I was going to speak in front of Lithuanian politicians, our message is quite clear: we are building an LNG business today because we want to be a global gas company, we want to be able to have that option to transfer gas around the world. We do not politicize natural gas, we basically say to the market: there are three themes that we follow. One is energy affordability, energy security and energy sustainability," Gyetvay said.

The Novatek representative said the company can deliver gas to the market at the lowest cost-competitive price, therefore, the market should really use the company's services. In his words, Novatek has enough resources to ensure long-term supply of natural gas, and that's the security element.

Novatek is not here for country to country competition but is trying to convert from coal to natural gas in the context of energy sources, Gyetvay said.

"Novatek first and foremost is a private company, it is not stated owned, it has never been state owned. Novatek was never a part of the Russian privatization process (...) I think we are also the most transparent. (…). I think the market recognizes that clearly," he told BNS Lithuania.

In his words, the company does not understand why it was put on the US sanction list in 2014 but it has no impact on the company's business.

"It doesn't impact our business and it should not impact our relationship with any Lithuanian company," Gyetvay said.

Speaking about cooperation with Lithuania, Gyetvay underlined that "it's purely business to business."

"Your gas companies know who we are. We have a stellar reputation in terms of delivering what it says it would deliver to the market (...) I think that Lithuanian gas companies know that Novatek is a big provider of LNG now. So I think it's mutually beneficial relationships that need to be formed," he said.

Gyetvay believes the infrastructure projects planned in the Baltic states over the upcoming years, including the Lithuanian-Polish gas pipeline (GIPL), the Estonian-Finnish gas pipeline Balticconnector, might open up new opportunities for Novatek as well.

Mantas Mikalajunas, one of the executives at Lietuvos Energija, told BNS Lithuania earlier the company is operating under the conditions of toughening competition and is looking for cheaper gas. Besides, by importing LNG from other sources it is also increasing competition for the Russian gas giant Gazprom.

Meanwhile, Laurynas Kasciunas, a member of the parliamentary Committee on National Security and Defense, has doubts over the state-run company's choice and pledged to raise this issue at the committee.

And ex-Energy Minister Arvydas Sekmokas believes law enforcement institutions should look into whether such a deal meets Lithuania's international commitments and NATO standards.

Novatek and its second-largest shareholder Gennady Timchenko (worth 20.3 billion US dollars according to Forbes figures and the 49th richest person in the world, having close ties with Russian President Vladimir Putin) have been subject to the US sanctions since 2014.