Elta EN
aA
Orders are coming in thick and fast at Norwegian capital company Stansefabrikken's factory, located in the Lithuanian town of Ukmergė. The company forecasts growth of 10-15 percent and its turnover should reach EUR 21 million. 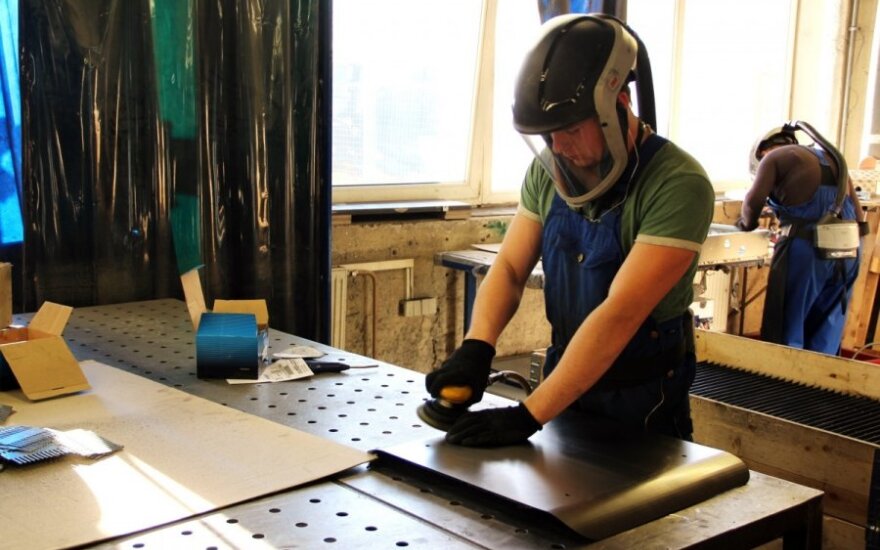 Demand is so strong, the staff is working in four different shift patterns in order to maximise production, Invest Lithuania reports.

Stansefabrikken, owned by Norwegian company STAFA Industrier, moved to Ukmergė in 2003. Its turnover then amounted to EUR 4 million. "So, over a decade, we have grown more than four times," said Nerijus Mašalas, the director general of the company. The plant produces a range of products and components, including TV frames, sledge frames, electrical distribution boxes, mailboxes, commercial shelving, filing systems, electric heaters and cooling equipment, ramps and even parts for Boeing engines.

The company's management and administration team consists of 50 people. More than half of them live within a 70-kilometre radius of Ukmergė: in Utena, Vilnius, Kaunas and Panevėžys.

The majority of floor workers, however, come from Ukmergė, and jobs for local workers are increasing. "The number of staff employed in production increased from 150 to 205 - it has been an impressive year," the director general of the company said.

The company has invested about LTL 25-26 million (EUR 7.3-7.5 million) over its 10 years of operations in Lithuania. From 2008 to 2012, investment in equipment and management of the company's production processes amounted to LTL 10.56 million (EUR 3 million).