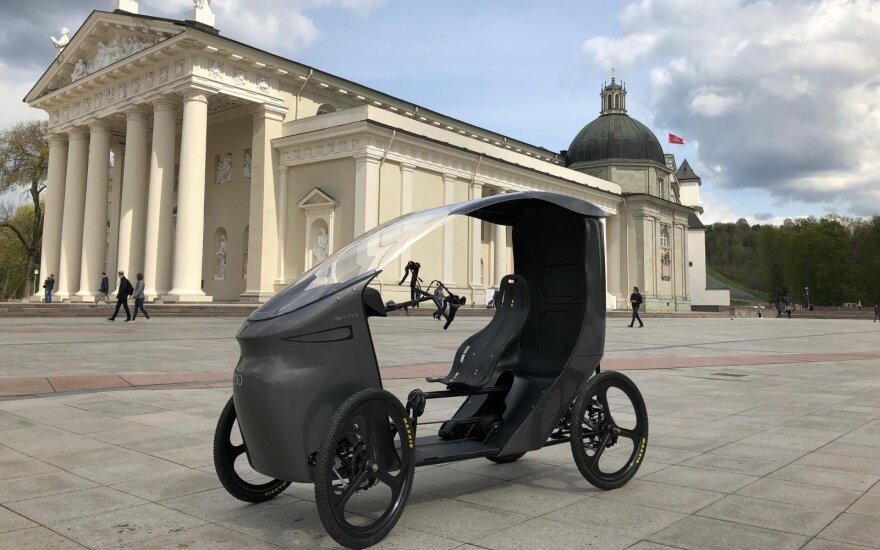 CityQ is a 4 wheel ebike with weather protection and capacity of 3 persons and baggage. The green technology company has ambitions to replace car traffic with ebiking.

The first prototype of the vehicle is now in Vilnius to meet with Lithuanian partners. Already an industry designer is signed up to work with next version of the vehicle. And CityQ is in dialogue with other partners discussing potential working together on developing, assembly and production of CityQ.

"CityQ is an attractive alternative to bicycling in bad weather – and to reduce the number of short car trips. And in inner cities where car traffic are restricted there is an increasing need for such new vehicles, " according to Morten Rynning in CityQ .

With 239 days of rain and frost there is a substantial need for weather protected bicycling.

The vehicle is registered as a cargo ebike to be used in bike lanes and car free areas. It's required to peddle and has an ebike 250W engine with max speed of 25km/h.

As cities are restricting car traffic in inner cities – bicycles and share riding services are expected to become increasingly important.

CityQ is supposed to be offered as share riding service – for urban mobility and car free inner cities.

CityQ can replace all those short car trips such as delivering children on way to job, shopping, after-school activities or getting around in car free areas. And a growing target group is millennials not having driving licenses.

Lithuanian startup CityBee has tabulated its results for 2017, and it was a year of remarkable growth...

The Lithuanian parliament on Thursday opened up the country's roads to driverless autonomous vehicles.