Erika Fuks
Parašyti
autoriui
aA
As "The Independence", floating liquefied natural gas (LNG) terminal, sails into the port of Klaipėda on Monday, Lithuania is showered with international words of congratulation on a major achievement. 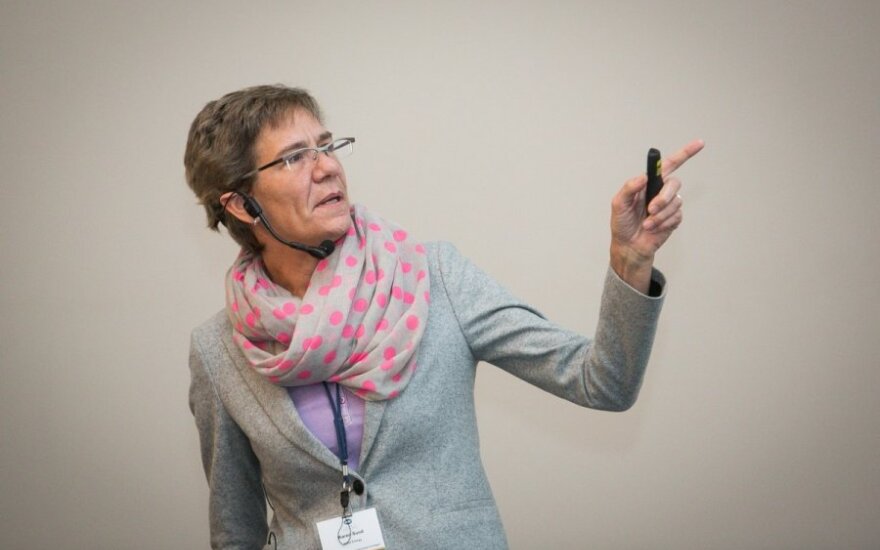 "Lithuania, you are incredible. No one had believed that this [construction of the LNG terminal] would happen," Karen Sund, founder of Norwegian energy consultancy company Sund Energy, said.

She jokes that talks about building LNG terminals are plentiful, but usually remain just talks.

"Everyone talks about LNG terminals, everyone wants them, but everyone said this would never happen," Sund said at an energy conference on Monday.

She notes that Finalnd has been talking about building one since 1968.

"Lithuania has shown that constructing an LNG terminal is not that expensive or scary," she said.

The main advantage of an LNG terminal, she says, is that it allows to import gas from any part of the world.

"Countries that had not even thought of using gas, can now do it," she says. "Liquefied gas takes up less volume and is easy to transport."